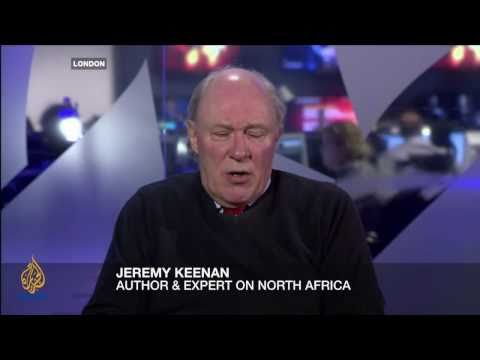 In London, one of the best think tanks specialized in North Africa and Middle East affairs, has just established clear cut evidence of existence of links between the Polisario and the armed groups thriving in the Sahara and Sahel region. This new charge against the Polisario, which challenges, with Algerian backing, Morocco’s sovereignty over the Western Sahara, was brought by international expert Jeremy Keenan.
Keenan made his point during an event held by the think tank Menas Associates on “Shifting Sands – new political and security risks in the Sahara-Sahel Region”.
One of the latest proofs of the Polisario’s murky relations with the armed groups roaming in the region is its involvement in the kidnapping of western humanitarian workers. The kidnapping, on October 23, 2011, of two Spanish and an Italian humanitarian worker from within a Polisario-run refugee camp near Tindouf in Algeria, is the perfect illustration of this connection.
In a place as over-militarized and as strictly watched as the Tindouf camps, such a kidnapping is merely inconceivable without the complicity of influential elements of the separatist front. Moreover, the Polisario activities had started to expand well beyond the Tindouf camps and well before the kidnapping, especially during the war in Libya, when Polisario members flew to combat with Gaddafi’s troops. However, the gloomy links maintained by the Polisario with trafficking networks and Islamist groups operating in the zone, had finally put it in trouble.

The separatist movement’s pernicious associations had eventually tired the Malian government. In December 2011, that is few weeks before Tuareg and Islamist rebels took control of Northern Mali, Bamako had challenged Algiers by announcing the expulsion of eight armed elements of the Polisario for what it described as subversive activities.