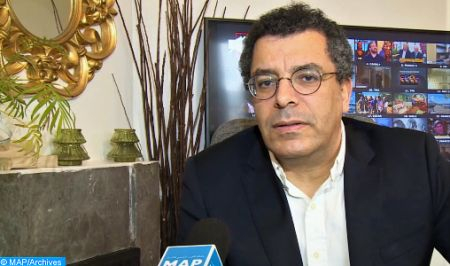 The determination shown by Morocco in the management of the diplomatic crisis with Spain, after the hosting by the latter of the polisario militia leader was a “paralyzing factor” for any action against her by the now former Spanish Foreign minister Arancha Gonzalez Laya, writes Sunday the political scientist Mustapha Tossa. In their bid to counter Morocco, the Spanish authorities have turned to the European pressure card. Madrid probably thought that if Brussels and Strasbourg frowned on Rabat, Morocco would lower the ceiling on its demands. However, throughout this crisis, Morocco has “remained upright in its boots, solid in its convictions, unperturbed in the defense of its interests, ready for any hypothesis to establish its unity and sovereignty,” says the political scientist in an analysis. “This determination alone was a factor paralyzing any action of minister Arancha González Laya against Morocco”, demagnetized the minister and rendered ineffective all her agitation, notes Tossa in this analysis under the title “the curse of the polisario strikes Spain” published on the website Atlasinfo. According to him, Laya could not, for example, imagine being received in Rabat as long as she had not changed and recognized her mistakes. She was under the full force of the curse of the polisario. The accuracy of the Moroccan position was supported by many influential Spanish voices that questioned the amateurism of their chief diplomat on a subject as explosive as the Sahara issue and relations with Morocco, adds the political scientist. The ousting of Laya was “expected, felt as inevitable if the neighboring kingdoms wanted to regain a semblance of serenity in their tense relations,” notes the commentator, for whom “there was in fact only this way to find the path of dialogue and cooperation. For Tossa, the former head of Iberian diplomacy embodied in the eyes of Moroccans and Spaniards the subject of this unprecedented crisis between Rabat and Madrid, noting that the misadventure “Benbattouche”, which was a discreet gift to the Algerian services in exchange for gas concessions that are sound and stumbling, has had a boomerang effect on the entire Spanish government. In this crisis, several Spanish and European values have been called into question by the illegal entry into spain of polisario militia leader Brahim Ghali; a spanish justice system that is supposed to be independent has been ridiculed; European legislation on the entry and stay of wanted foreigners has been dragged down; and a partnership, theoretically strategic, with neighbouring morocco has been pulverized, he says.