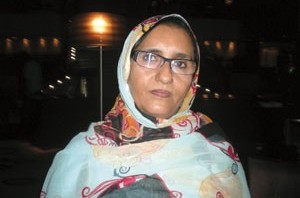 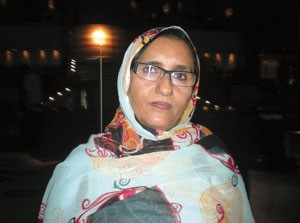 The Polisario coffers have apparently been drained by Mohammed Abdelaziz, his spouse Khadija Bent Hamdi and their right-hand men. Besides, the international humanitarian aid to the Tindouf camps is at its lowest level, in view of the economic crisis in Europe, and particularly in Spain and in Italy, two countries known for their openhandedness to the Sahrawi refugees living in these camps.
This is behind the Polisario leadership’s decision to resort to other countries such as the Kingdom of Saudi Arabia or other rich oil emirates of the Middle East to beseech assistance. The demonstrations staged by the Sahrawi populations against the embezzlement of the humanitarian assistance by the Polisario leaders are willfully nipped in the bud and often go unnoticed, as the camps are deprived of communication means and foreign journalists and media are denied access to these camps. The humanitarian situation of thousands of people forcibly held and sequestered in these camps of hell in the Algerian desert, is getting worse from day to day.

While these refugees were expecting in this time of need a lifesaving move on the part of the host country, Algeria, they were instead subjected to more restrictions, described by the inhabitants of the camps as discriminatory.
As basic products (sugar, tea, fruits, vegetables, soft drinks, fuel…), are scarcely found in the camps, the refugees used to go to the city of Tindouf, which is at less than 35 KM from the camps, to buy foodstuffs and gas. But much to their surprise, the Algerian authorities lately enforced a stern rationing of purchases and started banning vehicles coming from the camps to enter the city from 12:00 am.
Awaiting a definitive settlement of the Western Sahara conflict opposing Morocco and the Polisario, the refugees native of the Moroccan Southern provinces have no other choice than surrender to the diktat of Mohamed Abdelaziz and his accomplices.