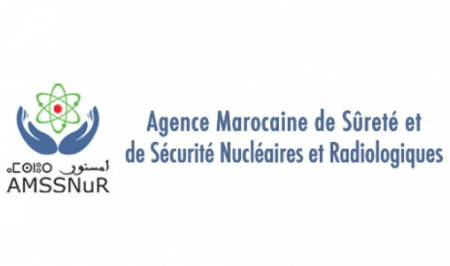 The Moroccan Agency for Nuclear and Radiological Safety and Security (AMSSNuR) and the International Atomic Energy Agency (IAEA) signed, on Tuesday in Vienna, an agreement on the designation of AMSSNuR as the IAEA African Collaborating Center for Capacity Building in Nuclear Security. Under this agreement, the AMSSNuR becomes the 1st collaborating center of the International Agency on the continental level, for the period 2021-2024, according to a specific action plan aimed at assisting the Member States in the development of the regulatory framework relating to the nuclear security of their respective countries, develop national and regional capacities, particularly in Africa, and strengthen regional and international cooperation in the field. According to a press release from AMSSNuR, this designation, announced on June 23, “constitutes an international recognition of the efforts undertaken by the Kingdom of Morocco in the field of nuclear security and testifies to the excellent cooperation relations between our country and the IAEA and the reputation of nuclear security in the Kingdom of Morocco at the global level”. During the signing ceremony, which was marked by the presentation of the “Collaborating Center” plaque, the two parties reviewed the various cooperation opportunities aimed at strengthening national and regional capacities in nuclear security. The event was attended by AMSSNuR director general Khammar Mrabit, Ambassador and Permanent Representative of Morocco to international organizations in Vienna Azzedine Farhane, as well as several IAEA officials, including Deputy Director General, Lydie Evrard.