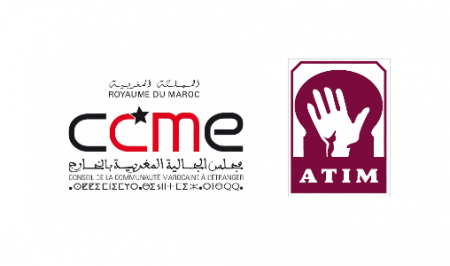 The president of the Council of the Moroccan Community Abroad (CCME) Driss El Yazami held a working meeting, on Monday in Tangier, with the president of the Association of Moroccan immigrant workers (ATIM, Spain), Mohamed El Gheryb Ghailan, and the president of the ATIM branch in Murcia, Sabah Yacoubi Channig. The meeting follows xenophobic events that targeted the Moroccan community in Spain, including the shooting of the late Younès Blal, a joint statement from CCME and ATIM said. During this meeting, the Moroccan association officials informed the president of the CCME of the latest developments of the situation in Spain, in particular in the region of Murcia, as well as the various forms of mobilization of the Moroccan community and of ATIM branches, said the same source. In order to support the action of ATIM on the legal level in the case of the late Younès Blal, it was decided to study the feasibility of including Moroccan lawyers in this case, the statement added.