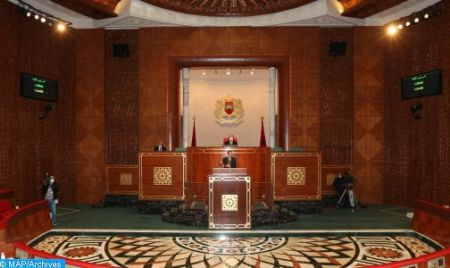 The strengthening of cooperation between Morocco and Croatia was at the center of talks held on Wednesday in Rabat between vice-president of the Foreign Affairs, National Defense, Islamic Affairs and Moroccans Abroad Committee, Fatima Zahra Yahyaoui, chairwoman of the Moroccan-Croatian friendship group, Najat Kamir, and chairman of the European Affairs Committee in the Croatian Parliament, Domagoj Hajdukovic. During this meeting, Yahyaoui highlighted the strong ties between Morocco and Croatia, as well as the dynamics of bilateral relations, said a statement by the House of Advisors. In this regard, she stressed the need to strengthen these ties in order to establish a true bilateral strategic partnership. Yahyaoui also underlined the importance of strengthening the historical and cultural relations between Morocco and Croatia to encompass the commercial, economic and social dimensions, recalling the signing by the two countries of a series of agreements relating to different areas, as well as the existing cooperation between Rabat and Zagreb in the field of the fight against terrorism, illegal immigration and trafficking in human beings. She reviewed Morocco’s migration policy, which is considered exemplary in the region, as the Kingdom has advocated a humanitarian and development approach, moving from a transit to a host country. Yahyaoui also welcomed Croatia’s positions in favor of the Moroccan autonomy initiative for the southern provinces, as well as its favorable position on the fisheries agreement between Morocco and the European Union. For her part, Kamir highlighted the excellent level of the relations between the two countries, stressing the importance of raising and broadening them to encompass the various fields, which can serve the interests of both States. Kamir also stressed the need to strengthen parliamentary relations between Morocco and Croatia, welcoming the supportive positions of Croatian parliamentarians towards Morocco, especially Croatia’s support for the Moroccan proposal for autonomy of the Kingdom’s southern provinces. Hajdukovic, also president of the Croatia-Morocco friendship group, described the Kingdom as a “great country” and “the jewel of Africa”, praising the efforts made by Morocco to consolidate peace and stability in the region. He affirmed his country’s support for the Kingdom’s efforts to reach a final and negotiated political solution to the artificial conflict over the Moroccan Sahara.