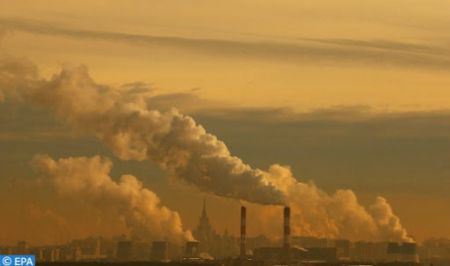 Morocco submitted, on June 22, its new Nationally Determined Contribution (NDC) to the executive secretariat of the United Nations Framework Convention on Climate Change (UNFCCC), with a new greenhouse gas (GHG) emissions reduction target of 45.5% by 2030, of which 18.3% is unconditional and achieved without the support of international cooperation, the ministry of Energy, Mining and Environment Department said Monday. In accordance with the Royal message addressed to the participants in the proceedings of the Climate Action Summit held at the United Nations headquarters in 2019 in New York, which affirmed the commitment of the Kingdom of Morocco to raise the ambition of its NDC, taking into account the provisions of the Paris Climate Agreement, Morocco’s NDC was updated within the framework of a participatory and inclusive approach and was presented to the National Commission on Climate Change and Biodiversity, prior to its official submission to the UNFCCC Secretariat. The Kingdom of Morocco had committed, just before the organization of the 22nd Conference of the Parties on climate (COP22) in Marrakech in 2016, to reduce its greenhouse gas emissions, by 2030, by 42% of which the unconditional target was 17%, recalled the ministry in a statement. The updated NDC is built around a portfolio of 61 mitigation projects, 27 of which are conditional on international support, the same source said, noting that these projects cover seven sectors, namely: energy (power generation), industry, (including phosphates and cement production as two new sub-sectors), housing and construction, transport, waste, agriculture, land management and forestry. The total cost of this project portfolio is estimated at $38.8 billion, of which $21.5 billion is for conditional projects. In addition, the updated NDC includes strategic adaptation objectives for the water, agriculture, fisheries and fish farming, forestry, land use planning, urban management and health sectors, as well as fragile ecosystems (coastal, mountainous and oasis), for which the total cost of adaptation measures has been estimated at about $40 billion, the ministry noted. The updated NDC was highly appreciated by several eminent personalities, such as the Executive Secretary of the UNFCCC, Patricia Espinosa, and president of COP26 (United Kingdom) Alok Sharma, who welcomed the efforts made by Morocco to update its contribution while raising the level of ambition of reducing greenhouse gas emissions, on the one hand, and integrating adaptation and resilience building of the most vulnerable sectors, on the other hand, concluded the statement.