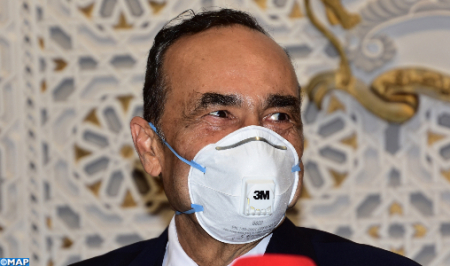 The tenth legislature was rich in terms of legislative results, framing the new generation of major reforms launched by the Kingdom, said on Thursday the speaker of the house of representatives, Habib El Malki. Speaking at the closing of the second session of the 2020-2021 legislative year, El Malki indicated that the tenth legislature was rich in terms of legislative results and the quality of the texts approved, their purposes, their effectiveness and their impact on society. “Our legislative results largely frames the new generation of major reforms that our country is launching under the orientations and directives of His Majesty King Mohammed VI, and the transitions that He aims to achieve to consolidate the Moroccan emergence and social cohesion,” he said. He added that the legislative report is also qualitative, given the nature of the texts approved and the work context characterized, during the period 2020-2021, by the repercussions of the Covid-19 pandemic on the various aspects of life, noting that the number of approved bills has exceeded 80 texts, which are of crucial importance in political, economic, cultural and social life. In addition, he referred to the deficit recorded at the level of the optimal exploitation of the legislative initiatives of the members of the house, noting that the rate of bills approved during this legislature did not exceed 7%, that is to say 23 proposals out the total of the approved texts which amount to 330 texts, in addition, out of the 257 draft bills presented by the deputies, only 8% were adopted. In this regard, he noted that in order to develop and promote this area, it is necessary to attach to each bill a study explaining its context, its potential effects, its reasons, its objectives, in addition to the improvement of the development of proposals. It also concerns making the bills at the center of the debate between the House of Representatives, the government and society, he said. With regard to his prerogatives of control, El Malki underlined that during the tenth legislature, the house made sure to examine each societal question or national event, and this in application of the principle of interaction with the societal concerns which must be discussed, debated and resolved within the framework of the institutions.