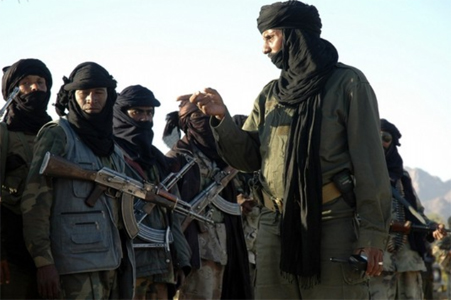 A more serious threat than the one already confronting the whole Sahel strip is currently looming on the Sahel countries. In light of the latest developments in the region, a large-circulation American newspaper underlines the urgent need to find a solution to the long lasting Western Sahara conflict to prevent the terrorists from bringing havoc to the Sahel region.
In a story published on Thursday by the Washington Post, Jennifer Rubin wrote that there is “urgency” in resolving the Western Sahara dispute to head off the toxic alliance that has developed between the Polisario and al-Qaeda in the Islamic Maghreb (AQIM).
“The brew of drug trafficking, human trafficking, kidnapping and terrorism, if allowed to bubble over, has the potential to undermine governments throughout the Maghreb and beyond,” warns Jennifer Rubin.
The political vacuum left by failed states in the Sahel region, such as Mali or Niger, offers an unhoped-for opportunity to terrorist groups to reposition themselves and to establish their own safe havens as it is the case at present in Northern Mali.
The partnership between AQIM and the Polisario “is a major security threat, not only for Africa and the Maghreb, but for Europe,” Moroccan junior foreign minister Youssef Amrani was quoted by the US daily as saying.

The Sahrawi refugee camps of Tindouf, where the social and political conditions have deteriorated over the past two years because of a decline of the international humanitarian aid, constitute a fertile recruiting ground for the Al-Qaeda terrorist groups in need of militants.
AQIM Emirs are not in need of money. They have just cashed a15 million Euros ransom for the liberation of three European humanitarian workers who had been kidnapped in the camps of Tindouf with the complicity of senior security executives of the Polisario.
AQIM Emirs are not in need of weapons, both light and heavy. They picked at will from the arsenal of the former Libyan regime all the weapons they wanted.
However, the emirs are facing a big problem: how to find veterans who are well trained to the techniques of the guerrilla warfare, to defend their bastions and fortresses set up between the dunes and mountains of the immense Sahel desert.