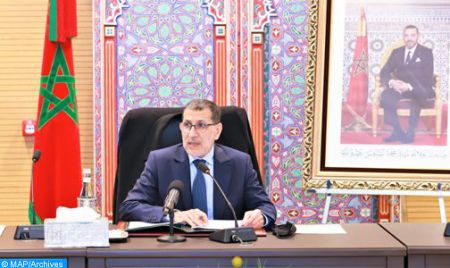 The number of beneficiaries of programs to combat illiteracy under the 2020-2021 school year has exceeded, for the 4th consecutive year, the mark of one million, despite the exceptional circumstances related to the pandemic, said Thursday in Rabat, head of Government Saad Dine El Otmani. Speaking at a meeting on the occasion of the 7th session of the Board of Directors of the National Agency to Combat Illiteracy (ANLCA), El Otmani said that 1,200,644 people have benefited from this program, stressing that this figure is an important achievement and a source of pride. He said that the number of beneficiaries, since the establishment of the agency in 2016, has reached 5,481,788 people, said a statement by the Department of the head of Government. The head of Government noted, during this meeting devoted to the presentation of the assessment of the roadmap of the Agency for the period 2017-2021 and the exploration of new prospects for action, that this achievement is the result of strategic planning and the adoption of principles of good governance, welcoming the participatory approach adopted by the ANLCA and its efforts to communicate and openness on all stakeholders. He noted that the Agency has been able to modernize its management mechanisms and develop a framework guaranteeing objectivity, efficiency and transparency in the management of the partnership with civil society organizations, which is an essential pillar in the implementation of the large-scale project of the fight against illiteracy, calling on all actors to redouble their efforts to consolidate achievements by giving more importance to the economic and social integration of beneficiaries. El Otmani said that Morocco will achieve a qualitative leap in the fight against illiteracy by allowing the beneficiaries to enroll in the programs of traditional education, non-formal education or those of the school of the second chance.