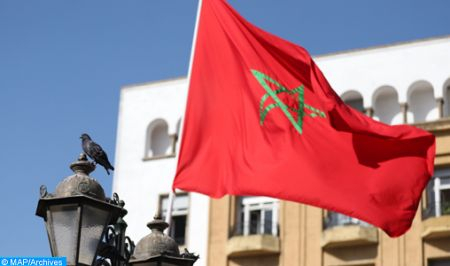 The Moroccan government has expressed its great astonishment at the recurrent and coordinated publication, since Sunday 18 July, by foreign newspapers under the banner of a coalition called “Forbidden stories”, of erroneous information in which their authors falsely claim that Morocco has infiltrated the telephones of several national and foreign public figures and officials of international organizations through computer software. In a statement, the government said it categorically rejects and condemns these unfounded and false allegations, as it has done with previous similar allegations by Amnesty International. It reminded national and international public opinion that Morocco is a State governed by the rule of law, which guarantees the secrecy of personal communications by the force of the Constitution and by virtue of the Kingdom’s treaty commitments and judicial and non-judicial laws and mechanisms guaranteeing personal data protection and cybersecurity to all citizens and foreign residents in Morocco. It added that it is not permitted by the force of the Constitution to access or publish, in whole or in part, the contents of personal communications or to use them against anyone except by order of the independent judiciary and in accordance with the terms and conditions laid down by law. Law enforcement agencies are obliged to respect the provisions of the law and may not act outside its framework. The statement also pointed out that the government of the Kingdom of Morocco has never acquired computer software to infiltrate communication devices, nor have the Moroccan authorities ever resorted to such acts, adding that the media collective, in all the news articles it has disseminated, has so far been unable to provide evidence to support its claims. Aware of the ulterior motives and aims behind the dissemination of these false allegations and their context, the Moroccan government challenges the above-mentioned collective, as it did with Amnesty International, to provide realistic and scientific evidence that can be subject to professional, impartial and independent expertise and counter-expertise on the veracity of these allegations. The government of the Kingdom of Morocco reserves the right to take the measures it deems appropriate in the face of the false allegations made by the above-mentioned collective, which are aimed at damaging the country’s image, its achievements in the field of fundamental rights and freedoms, its status and its supreme interests, the statement concluded.