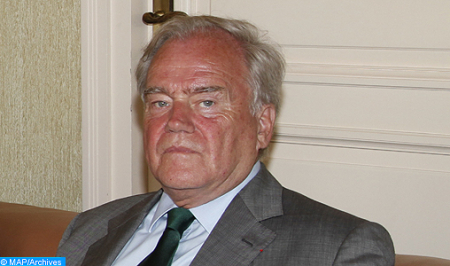 Several senators, members of the bureau of the France-Morocco friendship group at the French Senate, underlined on Tuesday the excellent relations between the two countries, which should be further strengthened to face together the various common challenges. The president of the group, Christian Cambon, and the vice-presidents of the group, Catherine Morin-Desailly, president of the committee on culture and communication, and Catherine Duma, underlined, in a statement to MAP on the sidelines of a meeting of the members of the bureau of the friendship group with the Moroccan ambassador in Paris Chakib Benmoussa, the important role played by the Kingdom in its regional environment and its contribution to security in Africa and the Mediterranean. On this occasion, Cambon, also chairman of the Senate Foreign Affairs, Defense and Armed Forces Committee, noted that even if the Covid-19 has slowed down the usual exchanges, “thanks to the dynamic policy that the Morocco is leading against the pandemic under HM the King and what we are doing in France, we will finally be able to release our initiatives”. “We have been very attentive to the events which marked recent history”, affirmed Cambon, who recalled his positions on the dispute between Morocco and Spain as well as on the vote of the European Parliament, noting that “we regretted the absurd politicization of a case which is not really the responsibility of MEPs”. “On the Sahara, we welcomed the American position renewed by President Joe Biden”, he said, lauding the relevance of the Moroccan autonomy initiative for a peaceful and final settlement of the Sahara issue in favor of a “dynamic”, “peaceful” Maghreb region which “helps us maintain order in the Sahel where things are not going well”. Morocco, by “its presence and its actions” in the Moroccan Sahara, ensures its own security, “but also that of Europe”, he said, adding that we are very grateful for the Morocco’s action, under the leadership of HM the King, in the Sahel. For her part, Catherine Morin-Desailly, senator from Seine Maritime, recalled the excellent relationship between the two countries, noting that Morocco and France have many things in common; “The Mediterranean, values, memories and projects too”. Senator Catherine Dumas congratulated the Kingdom for its “very good” management of the global health crisis, highlighting the climate of security, stability and tranquility that distinguishes Morocco.