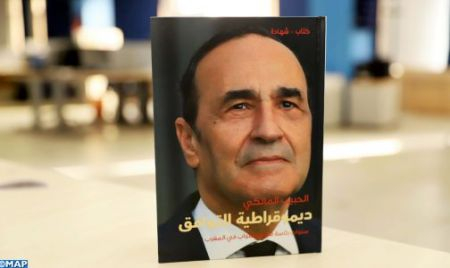 “Consensual Democracy: Years of Presidency of the House of Representatives in Morocco” is the title of a new book which has just been published by Editions Okad in Rabat.

The 292-page book includes a general introduction and two main chapters. The first deals with several aspects including “The action plan, strategy and new internal regulations”, “the legislation: lessons of reform”, “the control of the work of the government”, “the evaluation of public policies”, “Our parliamentary diplomacy”, while the second chapter tackles “communication and openness”,”the House of Representatives in the context of the pandemic”,”parliamentary administration: a qualitative leap and pursuit of qualification” and “Consensus strategy and the ways of consensual democracy”.

According to El Malki, the new book was framed “by the constitutional reference, the requirements of the rules of procedure of the House of Representatives, the concern to refer to a culture of consensus and ethics of responsibility, in addition to the continuous desire to serve the best interests of our country and to live up to the expectations of HM King Mohammed VI”.

In the preface of the book, El Malki specified that the new publication intends to contribute to the reunification of the components of a shared memory and to consolidate the experience, which was collective, in order to better understand the political field in Morocco as well as the democratic process in one of the most important forums of democratic practice.