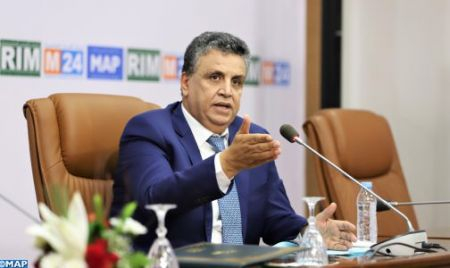 The Authenticity and Modernity Party (PAM) aspires to “access” the government in order to implement its socio-political project, underlined, Tuesday in Rabat, the Secretary General of the party Abdellatif Ouahbi. “I belong to a pragmatic party +which knows what it wants+”, said Ouahbi, who was the guest of MAP Forum, held under the theme “PAM and the challenges of the 2021 elections”, explaining that he takes part in politics to contribute to the management of public affairs. In this sense, he said that the PAM aspires to be part of the government, to manage public affairs and to implement its socio-political project. The SG of the PAM expressed “the ambition to hold the first place”, during the next elections, noting that it is up to the voters to decide. “The popular will be respected,” he stressed. Ouahbi said he was “convinced that the PAM will win the first place, given the nature of the candidates”, adding that the “specificity” of PAM is manifested by its debates of ideas and its openness. He stressed that the movements existing inside the Party are at the origin of the development of this political formation. “If the differences are accepted inside the Party, they will also be accepted in the positions of public affairs management,” he noted, highlighting the need to challenge certain prejudices about the Party. The PAM was set up on the basis of two principles, namely the continuity in the modernist project and a break up with practices that undermine the concept of democracy, recalled Ouahbi.