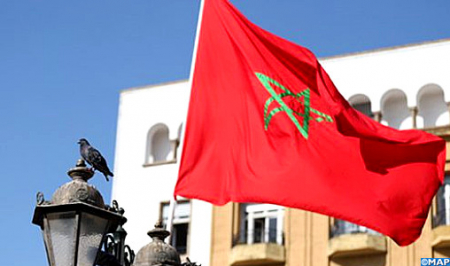 The outreach policy, reaffirmed on Saturday by His Majesty King Mohammed VI on the occasion of the Throne Speech, calls for “solid and serious commitments” on the part of the Algeria, said Paraguayan political analyst Ignacio Martinez. “Morocco once again extended its hand to Algeria, on the occasion of the Throne Speech delivered by HM King Mohammed VI, who spoke of the realities of the present and the past, with a geopolitical projection towards the future” , Martinez told MAP. According to him, “this is a speech which calls for unity and peace, but which must be accompanied by solid and serious commitments, in favor of Maghreb integration and unity” from Algeria. “As an international observer and author of a book on the subject, the aspect that most caught my attention was Morocco’s sincerity and predisposition towards Algeria. Morocco is committed to continue its efforts to strengthen security and stability in its African and Euro-Mediterranean environment, but above all in its Maghreb neighborhood”, noted the Paraguayan journalist and writer. “Let us hope that Algeria can understand this message of peace. In fact, at that time, the borders must be reopened, with the necessary security measures upstream, in the interest of the two neighboring countries,” he pointed out. Indeed, this closing of the borders is “contrary to natural law and to legal principles, enshrined in international conventions”, and goes against the Marrakesh Treaty, the founding text of the Arab Maghreb Union, as underlined by SM the King in the Throne Speech, according to the political analyst. The Maghreb and African countries, he said, are called upon to be part of this dynamic and this desire for development and progress for which the Kingdom is working. On the other hand, Mr. Ignacio Martinez reviewed the success that marked the Moroccan response to the health crisis, particularly the project to reactivate the economy through the support of SMEs affected by this crisis, the preservation of household purchasing power and the deployment of an assistance program for populations affected by the pandemic.