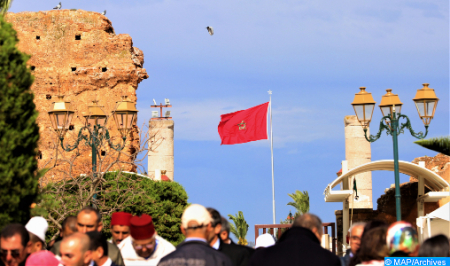 The speech of HM King Mohammed VI, delivered on the occasion of the 22nd anniversary of the Throne Day, constitutes a sincere invitation and a noble gesture to achieve the Maghreb integration as desired by the peoples of the region, underlined, on Monday, Spanish jurist Miguel Angel Puyol. The Sovereign has always expressed his will to work for the reopening of the borders with Algeria and has repeatedly extended invitations in this direction, noted Puyol in a statement to MAP, adding that the HM the King’s speech on the occasion of the Throne Day shows the spirit of the extended hand and the goodwill by Morocco towards the Algerian regime. A staunch defender of Maghreb integration, HM the King gave a lesson in solidarity, the spirit of cooperation and generosity by inviting Algeria to overcome the difficulties and to open a new page for the benefit of the two peoples, he said, noting that Moroccans and Algerians have always been neighbors and brothers. The Maghreb integration would be beneficial not only for the countries of the region, but also for the European Union and the various regional groupings which will have a strong and key interlocutor to achieve global development, insisted Puyol. Morocco is still attached to the unification of the Maghreb and, as part of this visionary policy, HM the King is paving the way of hope and progress for the peoples of the region, he concluded.