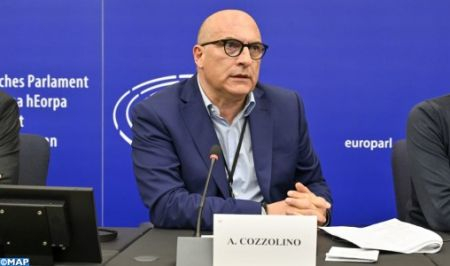 The chairman of the Maghreb countries delegation to the European Parliament (DMAG), Andrea Cozzolino, on Wednesday welcomed the lofty gesture of HM King Mohammed VI towards Algeria. “As chairman of the Maghreb delegation to the European Parliament, I can only welcome this message in the hope that it will be the first step towards a detente in relations between these two great peoples and that it will lead, in the future, to the achievement of a real Arab Maghreb Union,” wrote the Italian Euro-deputy on his Facebook page. Cozzolino recalled that the Sovereign, in His speech to the Nation on the occasion of the Throne Day, once again explicitly deplored the tensions with neighboring Algeria, reiterating His call for the reopening of land borders between the two Maghreb states, closed since 1994. For the DMAG president, this is “a very important gesture of openness, especially in these difficult times linked to the pandemic, which aims to overcome the historical tensions between the two countries”. HM King Mohammed VI had called for prioritizing wisdom and the higher interests of Morocco and Algeria in order to overcome a deplorable situation which is hampering the potential of both countries.