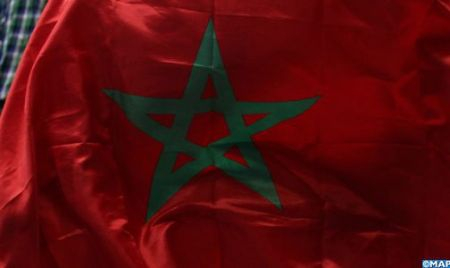 The Speech of HM King Mohammed VI on the occasion of the 22nd anniversary of the Throne day is a text with a strong political, social, economic and diplomatic tone, characteristic of great minds, leaders and figures who have impacted their peoples and their times, said Germain Biahodjow, Secretary of the Gabon-Morocco parliamentary friendship group at the Gabonese National Assembly. In a press release to MAP, the parliamentarian indicated that the celebration of the Throne Day has always been an important moment in the illustration of the perfect symbiosis and the unwavering links between HM King Mohammed VI and the Moroccan people. At the political level, HM the King recalled the symbolism of the Throne Day which represents a sacred pact of the Beia (allegiance) and testifies to the unwavering symbiosis which unites, since always and in all circumstances, the Sultans and the Kings of Morocco to their people, Biahodjow said. In his opinion, this reference to the Moroccan history contained in His Majesty’s Speech “is not fortuitous” because, as he explains, at a time when Morocco, like other nations, faces to the health crisis, “the recalling of their common history, as an inexhaustible source of their forces, will give more courage to Moroccans, in order to fight this invisible and particularly dangerous enemy”. At the social level, the health crisis linked to the new coronavirus held an important part of the Royal Speech, said the Gabonese parliamentarian, noting that “HM King Mohammed VI, like a philanthropist, has identified himself to his people, sharing their suffering, pain and distress”. Without giving in to despair in the face of this health crisis, which has serious social and economic consequences, the Sovereign praised the efforts made by all Moroccans, he noted, specifying that HM the King “did not fail to voice His great pride in seeing that his country has almost won the battle for access to vaccines, a guarantee of collective immunity”. Welcoming “the determination of HM King Mohammed VI and of the Moroccan people to fight Covid-19”, the parliamentarian highlighted the similarities between Morocco and Gabon in this area, as well as the efforts of his country to spare its citizens the “health disaster predicted and announced for African countries”.