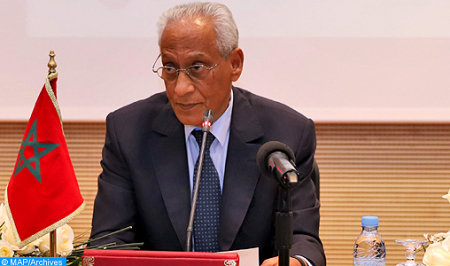 General Delegate for Prison Administration and Reintegration, Mohamed Salah Tamek, slammed, in an article published on Wednesday, the “Faustian bargain” of the detainee Soleimane Rissouni and his supporters. “A statement issued by the lawyers of the detainee Soleimane Rissouni incarcerated at the local prison of Ain Sebaa 1 and published by his wife on her Facebook page and electronic information websites suggests that the person concerned has reacted positively to calls urging him to end his alleged hunger strike and that he has asked to be rushed into hospital,” Tamek points out in this article published by several electronic websites. “Two days ago, the General Delegation issued a press release in which it explains for the umpteenth time that it is indeed the detainee who has long refused that we take his vital signs and be taken into the hospital, since he is not on a real hunger strike (as long as he consumes honey on a regular basis and other foods from time to time), such operations would be clinically unjustified and that if he gave in, his stratagem would come to light,” Tamek underlines. According to the General Delegate, the lawyers who claim that the health condition of the detainee “would require his hospitalization saw firsthand that he came to the lawyers’ office on foot and normally and that he engaged with them in exchanges that lasted up to more than an hour”. “Yet here is yet again a media hammering action orchestrated by the above-mentioned parties and other unscrupulous individuals allegedly human rights activists and suspicious networks to which they have sold their souls, and through which they seek to make public opinion believe that the concerned detainee needs to be taken into hospital,” he adds. “It is quite obvious for everyone that the objective sought by these people who make up implausible and fallacious allegations and stories is not the prevention of the deterioration of the health condition of the detainee concerned. If this was the case, they should rather have urged him to end his improbable hunger strike, but they don’t as they are awaiting the full compensation that is due to them following their Faustian bargain,” Tamek concludes.