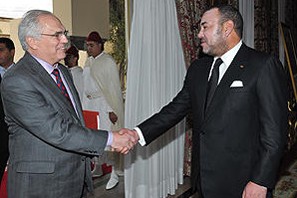 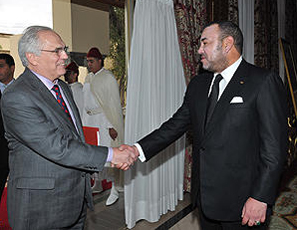 At the initiative of King Mohammed VI, Morocco and the United Nations opened a new chapter with regard to the Sahara issue. The king of Morocco had set the record straight with the UN Secretary General, Ban Ki-Moon, in a phone call on August 25, paving thus the way to the return of the UN mediator for the Sahara, Christopher Ross, in the region.
Ross actually arrived in Morocco Saturday and met with King Mohammed VI as well as with the head of government and several cabinet members, including the Foreign Minister. Ross also conferred with several civil society activists.
During his meeting with the UN envoy, the King of Morocco renewed his country’s “commitment to seek a solution to this artificial conflict (…) in the framework of the Moroccan Autonomy Plan, that was welcomed by the international community as serious and credible “.
Christopher Ross, on his part, described these discussions as a valuable contribution to the search for a more effective way to settle the dispute over the Sahara. He said he is visiting the region to make an assessment of the direct negotiations held over the past five years, garner ideas on best ways and means to make genuine progress in the negotiation process and examine the impact of recent developments of the Sahara issue.”

The good offices of the UN envoy have thus resumed their normal course and Christopher Ross is to pay an unprecedented visit to Laayoune, chief town of the Western Sahara. During his visit to the southern provinces, he is scheduled to hold a series of meetings with local authorities and local elected representatives as well as with some associations including associations that are close to the Polisario.
Before leaving capital city Rabat bound for the southern provinces, the UN envoy read a statement in Arabic, in which he said that his current tour in North Africa and Europe, that will end on November 15, falls in line with the continuation of the mission that the UN Secretary General entrusted to him three years ago and that aims at facilitating negotiations between the parties in order to reach “a mutually acceptable political, fair and lasting solution.”
Upon return to New York, Ross will brief the UN Secretary General on his findings and will present a report to the Security Council by the end of November.