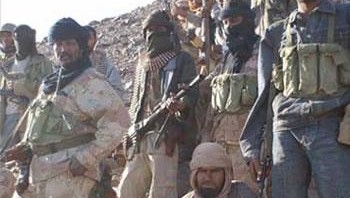 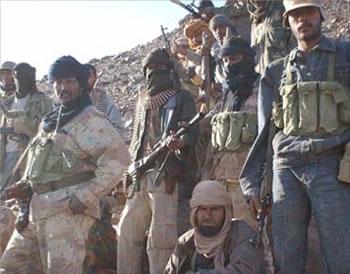 Tindouf, which used to be a prominent religious center and crossroads of major north-south routes, turned into an artificial camp, a camp where doubtful transactions were secretly concluded with suspicious foreign associations, a camp where all the manoeuvres were being centered on the kidnapping of innocent victims, snatched from their motherland at a decisive moment when they were looking forward to the end of colonization.
These refugees against their will have been living for 37 years, alongside other wanderers in inhuman conditions, forced into organized begging. Looking back, we are stunned by such a mess. Mere illusions! The Moroccan and Algerian peoples were both fooled by the so-called agreements on the joint exploitation of the riches and by the glimmering mirage of the grand Maghreb.
In the Sahara, oases, waters and wells do not separate. They unite. The same goes for mineral wealth, especially when geography is in command. At the end of the 1960s hope was prevailing. Morocco and Algeria seemed to have overcome the border dispute and set to make of Tindouf a fulcrum in the political, economic and strategic fields.

Morocco perceived Tindouf as a strategic window on the sub-Saharan region while Algeria perceived it as an economic window on the Atlantic. The two neighboring countries were both going to become Saharan Mediterranean and Atlantic, a positioning essential for regional security and economic progress.
Tindouf is a point of convergence of different roads that lead to the Atlantic and from North-West Africa to Timbuktu, five roads end up there. The recovery of the Sahara by Morocco inflamed a schizophrenic logic among Algerian leaders.
Their stance reached the limits of the tolerable when they made it clear that the problem of the Sahara under Spanish occupation can not be solved without their participation. They adopted the jargon of an ideological border, which constitutes a gross falsehood, as evidenced by the Algerian-Moroccan agreements of the 1968-1972 years.
Since the outbreak of the Sahara conflict, Morocco had attracted the international community’s attention to the danger posed by the creation in Tindouf of a camp for refugees and mercenaries. Tindouf, thanks to its location, was primarily intended to bring the people of the region closer.
Over the past decade, events have confirmed Morocco’s fears that the conflict is unfolding in a hot spot and that the Sahel-Saharan cross-border terrorist threat was not a fiction but a reality.
Some circles had then qualified Morocco’s fears as mere political maneuvering, or schemes to gain backing to its thesis. For them, the Moroccan thesis which asserts the existence of a terrorist Sahel-Saharan front is in itself a political act that can not hide a reality far more complex than what is said.
Today, those who had rejected this truth are much more endangered than Morocco. The Sahel-Sahara cross-border region is a sea of shifting sand and a land where human movements go uncontrolled. Neighboring countries are finding it hard to control the region and the international community is reluctant to get involved.
Too many interests are at stake. Morocco is sounding the alarm while renewing its willingness to bring the conflict out of the deadlock, so that no one would some day say the Moroccan party did not show enough goodwill. The time to make a choice has come. Any delay can be disastrous and can breed new storms, a bright future or a painful tomorrow.