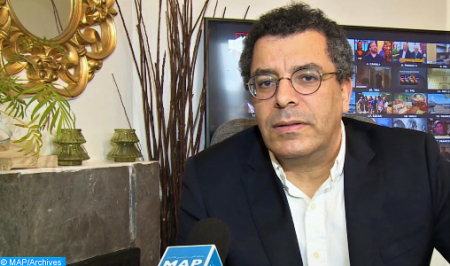 Algeria persists in turning away from reconciliation with Morocco, because it seems clear that the hand extended by the Kingdom does not serve the Algerian strategy in which Morocco must keep this role of scarecrow and eternal enemy, says political scientist Mustapha Tossa. “When King Mohammed VI extended the hand of reconciliation to Algeria in his Throne Speech (…) it was logical to expect that a man like Abdelmajid Tebboune could seize this opportunity and respond to this dynamic of reconciliation. Instead, the Algerian president, usually so talkative and so quick to comment on anything relating to Morocco, has embraced dead silence. Those who spoke on his behalf were the means of communication of the army, whether official like the Al Djeich magazine, which has become the place where Algeria’s foreign policy is conceived or unofficial like the rest of a press described as an amplifier of the Algerian military’s discourse,” writes Mustapha Tossa in an article published on Saturday on the Atlasinfo site. According to the editorialist, “an open-air reconciliation process with Morocco would impact the Algerian regime and the multiple clans that make it up like a luminous torch aimed at a bat’s nest. The flaws will appear in broad daylight and the structural handicaps will show the flaws”. The political scientist notes, in this context, that “the reaction of the Algerian regime to the Moroccan offer is not a surprise in itself. Only the sweet dreamers expected in the immediate future something other than this anti-Moroccan verbal diarrhea. Because, in the political DNA of this Algerian military regime is an atavistic hatred which seeks all the occasions to be manifested”. However, he goes on, “despite this heavy Algerian presidential silence, despite these bloody reactions from the Algerian press, despite this devious attitude of the Algerian army, King Mohammed VI is right to set up this atmosphere and this availability to create the momentum for reconciliation”. “And this, for several reasons of a strategic nature including that of sending a reassuring and positive message to a Maghreb opinion which fears the explosion and the instability. Especially since this royal strategy of the extended hand serves effectively to isolate arsonists within the Algerian governance who dream of opening a military front with Morocco to divert attention and try to offer themselves, even at the cost of blood, a semblance of consensus at a time when the country’s multiple fractures threaten to implode it from the inside,” he says. According to the editorialist, “the royal attitude towards Algeria resembles that which sows the seeds of reconciliation in a fallow land. Nobody expects immediate results but a lot of good conscience bet on the long-term results that could emerge depending on a change of generation at the helm of Algeria, the end of a cycle that time will end up closing”. “In this equation, patience, a bet on time, frenzied optimism in a better future, the conviction of doing useful collective work, are all features that distinguish the vision of a statesman like King Mohammed VI, from that of those short sighted sorcerer’s apprentices whom are currently ruling Algeria”, he concludes.