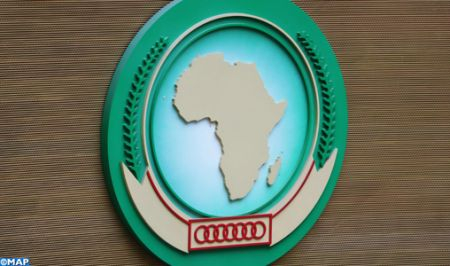 The Chairperson of the African Union Commission, Moussa Faki Mahamat, affirmed on Saturday that the decision of accreditation of the State of Israel to the African Union falls within his full “sphere of competence”. “Following the decision to accredit the Representative of the State of Israel to the African Union, the Chairperson of the African Union Commission Moussa Faki Mahamat wishes to recall that this decision falls within his full sphere of competence, without being tied to any preliminary procedure,” wrote a statement by the AU Commission. The decision was taken on the basis of the fact of the recognition of Israel and the restoration of diplomatic relations with it by a majority of more than two thirds of AU Member States and at the express demand of many Member States to that end, said Moussa Faki Mahamat. While accepting this accreditation, the Chairperson reiterates, as he clearly stated at the time of the presentation of the credentials by the Permanent representative of Israel to the AU, the unflinching commitment of the Pan-African Organization to the fundamental rights of the Palestinian people, including their right to establish an independent National State, with East Jerusalem as its Capital, within the framework of a global, fair and definitive peace between the State of Israel and the State of Palestine, wrote the statement. This reminder of the Chairperson issues from the positions and principles, recalled many times, by the OAU then by the AU, at different Summits of the Organization. The Chairperson of the Commission sincerely hopes that this accreditation will contribute to the intensification of the advocacy of the AU for the fulfillment of the principle of two States and the restoration of peace, so ardently wished, between the two States and the two peoples.