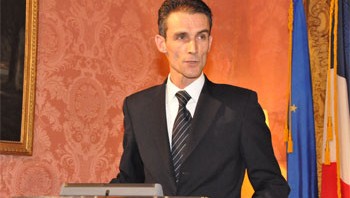 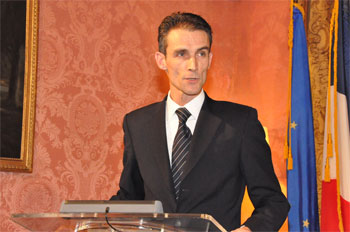 France reiterated its support to the Morocco-proposed autonomy plan, on the occasion of the visit to Paris of the UN mediator Christopher Ross. Just before the meetings Ross was scheduled to have with senior officials of the French Foreign Ministry, the spokesman for the Quai d’Orsay, Philippe Lalliot, said Wednesday at a press briefing that Paris supported the Moroccan autonomy plan. The French Government deems the proposal “a serious and credible basis” for a negotiated settlement of the Western Sahara issue, the spokesman said.
Christopher Ross is currently visiting France part of a tour in the Maghreb and in the capitals of the member countries of the Group of Friends of Western Sahara (Spain, France, United States, United Kingdom and Russia). The tour seeks to restart formal talks for a final settlement of the Western Sahara conflict.
“France supports the Moroccan autonomy plan presented in 2007 and believes that it is the serious and credible basis for a negotiated solution,” stated the spokesperson of the Quai d’Orsay.

Lalliot further stated that France supported the continuation of the informal talks and negotiations held under the auspices of the United Nations. These talks help maintain contact between the parties and are the only means likely to contribute to substantial progress in the political process, he said.
Paris also hails the Personal Envoy’s endeavors to find a “realistic, just and lasting political solution to the Western Sahara issue” in accordance with the Security Council resolutions, the spokesperson said. He warned that the persistence of the status quo “does not serve anyone’s interest and constitutes an obstacle to the construction of an integrated and prosperous Maghreb.”
Before Paris, Ross had visited Madrid at the end of his tour in the Maghreb region, which he started on October 27 and which led him to Morocco, the Tindouf camps, Mauritania and Algeria.
Few details have leaked on the UN mediator’s visit program in Paris. According to unconfirmed reports, Ross would not be received by French Foreign Minister, Laurent Fabius.