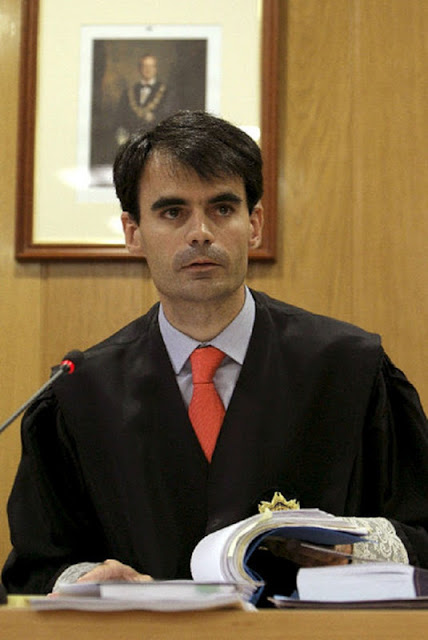 Impunity in the Tindouf camps finally found an echo in the Iberian kingdom. Some Polisario leaders who ruled the Sahrawi refugee camps in south-western Algeria with an iron fist are now faced with crimes before Spanish courts.
A criminal investigation has been started against heavyweights of the Polisario leadership by the Public prosecutor of the Central Tribunal of Instruction N° 5 of the Spanish National Court, Pablo Rafael Ruz Gutierrez.
The defendants are accused of “genocide, torture, forced disappearance, illegal detention and serious violations of human rights” against Sahrawi civilians settled in the Tindouf camps in the Algerian desert.
These defendants are Brahim Ghali, current Polisario representative in Algiers, Sid Ahmed Batal, Minister of Information (propaganda), Bachir Mustapha Sayed, Minister of Education (ideological indoctrination), Mohamed Khaddad, former security chief of the armed militia and current Polisario coordinator with MINURSO.
Brahim Biadillah, brother of Mohamed Cheikh Biadillah, Speaker of the Moroccan Chamber of Councillors, is also on the list, according to Andalousia Press. The late former Speaker of the Polisario parliament, Mahfoud Ali Beiba, is being sued posthumously.

The Spanish National Court, the highest court in Spain, has declared admissible the complaint filed by Sahrawis or their relatives who say they were victim of genocide, torture, enforced disappearances, illegal detention or serious human rights violations. These so many acts were committed at the order of the defendants mentioned above and with the blessing of Algerian authorities.
Judge Pablo Rafael Ruz Gutierrez has definitely accepted the complaint that was filed on December 14, 2007, by the victims and a Spain-based Sahrawi NGO.
The plaintiffs’ Spanish lawyers, who say they have documented evidence that would convict the defendants, will reportedly hold this Thursday, November 22, a press conference in Madrid to give further details on this case.
It is high time justice heeded the hundreds of victims of heinous crimes committed by the Polisario leaders and torturers against innocent and defenseless people in the Tindouf camps.