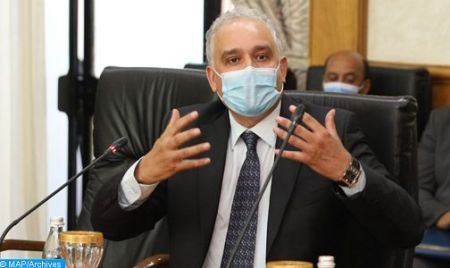 Dr. Tayeb Hamdi has warned against fake news spreading in Morocco via certain WhatsApp and Facebook groups which question the effectiveness of the Sinopharm vaccine and the reality of the new Coronavirus. In statements, Dr. Hamdi said the first is a video, shared on social media, showing an excerpt from a newscast from a TV channel in which a senior Chinese official admits the low efficiency of Chinese vaccines (Sinopharm) against Covid-19. For this doctor and researcher in health policies and systems, these fake news could lead some citizens to refuse vaccination. He added that this video, the date of which is not indicated, has been circulating since early April 2021 and shows a Chinese official speaking at a conference on vaccines, where he declared that “at the global level, the vaccines we use around the world will gradually see their efficacy diminish, and we need to think about solutions, whether through a third dose, updating the vaccines, or mixing them”. According to Dr. Hamdi, a world news agency first reported the information and wrote in its mistaken headline “Senior Chinese Official Admits Weakness of Vaccines in China”, when in reality the speaker was talking about vaccines in general and not Sinopharm in particular. He said that “this Chinese official denied the information and that an update in this regard was published by the said news agency”. The Moroccan researcher added that, a few days later, the World Health Organization (WHO) approved the Sinopharm vaccine with an efficiency of 79%, which is greater than that offered by other vaccines such as AstraZeneca or Johnson & Johnson. He noted that a study carried out and published by a Sri Lankan university on the Sinopharm vaccine, showed that the vaccine helps in the production of antibodies, with more than 95%. This same study was marked by the participation of experts and researchers from the British University of Oxford, with funding from the WHO, he noted.