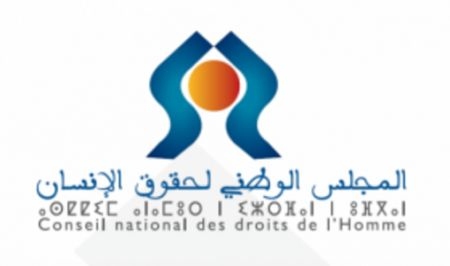 The National Human Rights Council (CNDH) has “strongly” condemned the “relentless and unprecedented campaign of defamation, harassment and denigration” of which the plaintiffs in the cases of Soulaimane Raissouni and Omar Radi are victims, as well as the “repeated slander, attacks and threats, which are detrimental to their dignity and jeopardize their safety, health and well-being”. In its preliminary conclusions on the two trials, the CNDH expressed its “deep concern about the treatment of cases of sexual violence in our society, which is contrary to human rights principles, values and culture”. Regarding the two cases, the CNDH noted the circulation of numerous erroneous and unverified information, particularly on social networks, and reiterated its recommendation to criminalize defamation, discrimination and incitement to hatred and violence, as well as its recommendation on the establishment of an appropriate legal framework to combat disinformation and “fake news”. It recalled that, as the preamble to the Constitution and Article 26 of the International Covenant on Civil Rights emphasize, no one may be discriminated against or persecuted because of his or her gender, identity, social origin or opinion, in particular for the purpose of intimidation or to force him or her into silence, insisting that neither the profession, nor the notoriety, nor the relations, nor even the opinions of the persons concerned, can constitute, on their own, elements for the prosecution or the defense of crimes and/or misdemeanours, just as they cannot in any way call into question the principle of equality of citizens before the law guaranteed by Article 6 of the Constitution. The CNDH invited the judiciary to work to ensure that the international provisions ratified by Morocco prevail, where it deems appropriate, pending the bringing of the Kingdom’s laws into line with international standards and the provisions of the Constitution, as set out in its preamble, recommended that it be allowed to attend in camera hearings of the trials under its observation and recalled its recommendation that the law organizing the Royal Gendarmerie be brought into line with the provisions of the Constitution and international standards on the signing of minutes. The Council also reiterated the recommendation mentioned in its annual report for the year 2020 regarding the need for lawyers to adhere to the principles of human rights and fundamental freedoms recognized by national and international laws, and to act in accordance with the law, international standards and rules of professional conduct, as recalled in the basic Principles on the role of lawyers. It also recommended that the law establishes the possibility of an independent judicial review of all decisions that deprive people of their liberty, in accordance with international standards on the subject, and reiterated its recommendation that Parliament adopt the reform of the penal code as soon as possible, enshrining the principles of legitimacy, necessity, proportionality and foreseeability of laws. In addition, it reiterated its recommendations to amend Chapter VIII of the Penal Code, in particular Articles 468 and 489-493, in addition to its recommendation to make consent the basis of legislation on sexual offences and crimes, as well as its call to make the effective fight against impunity for the perpetrators of sexual assault and violence a constant deterrent. The Council also called for the acceleration of efforts by the Public Prosecutor’s Office to rationalize the use of preventive detention, the implementation of the provisions of Law 103-13 relating to the protection of victims as well as the procedures for the protection of victims, witnesses and whistleblowers, in accordance with Law 37-10, as well as the need to put in place a specific mechanism for the medical, psychological and legal care of victims of sexual aggression and violence. On another note, the CNDH considered that the trials of Raissouni and Radi were conducted in accordance with the law, stressing that “there are still elements that raise questions in the conduct of these two trials” but which “are neither specific nor unique to these two cases”, as they are the result of an inadequacy and deficiency in the law, particularly the law on criminal procedure, in relation to international standards. “These two cases represent only two case studies on the inadequacy between some of the provisions of the said law and the constitutional and international provisions on fair trial, in particular Article 120 of the Constitution of the Kingdom and Article 14 of the International Covenant on Civil and Political Rights, paragraph (e) of which stipulates that the accused has the right +to examine or have examined the witnesses for the prosecution and to obtain the attendance and examination of witnesses for the defense under the same conditions as witnesses for the prosecution+”. The CNDH recalled that it is recommended, according to international standards, to refer in certain circumstances to statements made before the court, in addition to statements made during the investigation stage, in order to encourage the testimony of witnesses before the court in public, the same source said. Furthermore, the Council noted that the requirement for the trials to be conducted in public was met, that the arrest procedures were in accordance with the law and criminal procedure, and that a reasonable time was observed for both trials. The defenses of the two defendants requested an in-person trial, a request accepted by the judges, the Council added, saying that the defendants were informed of the charges against each of them, had access to the lawyer of their choice and were given the time and facilities necessary to prepare their defense, with the granting of numerous postponements for the preparation of the trials, in accordance with the requests of their respective defenses. The CNDH stressed that the judicial treatment of victims of sexual crimes and offences includes their medical and psychological care, in accordance with Article 117 of the Kingdom’s Constitution, according to which: “The judge is responsible for the protection of the rights and freedoms and the judicial security of individuals and groups, as well as for law enforcement.”