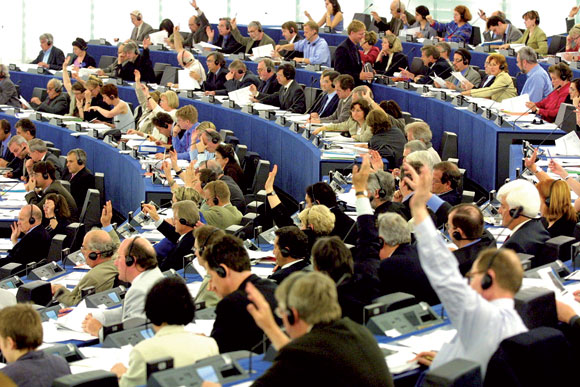 Sweden, which is known for its neutrality on the chessboard of international politics, has found itself, because of members of some Swedish leftist and extreme rightist parties, in the middle of the Western Sahara dispute between Morocco and the Polisario, at a time the issue is being handled by the United Nations.
With the support of the extreme rightist party, “the Sweden Democrats,” three leftist opposition parties, namely the Social Democrats, the Greens and the Left Party, made the Swedish Parliament adopt a motion calling on the government to recognize the ghostly Sahrawi republic “SADR”. The four parties of the majority voted against this motion.
In an immediate response to this initiative, the Swedish government which did not give in to the forcing of the extreme right, reminded the Parliament that the issue of states’ recognition is not part of the Parliament responsibilities as clearly stipulated in the country’s constitution.

In a report on the situation in the Middle East and North Africa region, containing the said motion, adopted without a vote by the parliament, the government expressed reservations on the motion and explained that such recognition is an international law concept that necessitates the fulfilment of three basic requirements namely: a territory, a people and an effective authority on the people.
This is not the case for the so-called Sahrawi Republic that was created out of nothing by the Polisario separatists in collusion with Kaddafi’s former Libyan regime and the Algerian government in the era of President Houari Boumediene.
Asked about the move undertaken by the opposition, Swedish MP, Ulrik Nilsson from the “Moderate” party, stated that the motion tabled by the parliamentary leftist and extreme rightist groups is an “unconstitutional step” and is, moreover, an “interference” in the prerogatives of the executive power.
Through their move, these groups, prompted by political reasons, seek to exert pressure on the government on some internal issues that have nothing to do with the Sahara, Nilsson said.
The MP who downplayed the significance of this motion deplored the sufferings of the people held as hostages in the Polisario-controlled camps in Tindouf.
The spokesman for the Swedish Foreign Ministry, Anders Jörle, for his part assured that his government refused to recognize the SADR, as requested in the motion.
The government would detail shortly the reasons why Sweden, like other European countries, does not intend to recognize the independence of Western Sahara, the spokesman said. Stay tuned then.