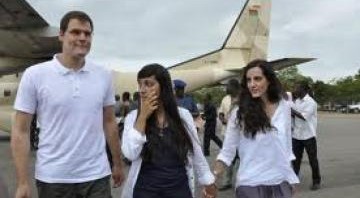 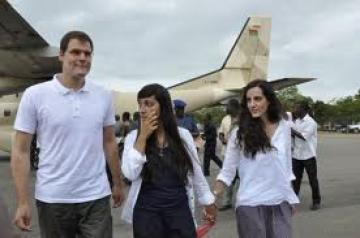 The Tindouf camps have been declared a high-risk area by several European countries. Following the deadly attack on the In Amenas gas facility in south-eastern Algeria, the Spanish Government has advised Spanish Nationals to avoid travelling to the Polisario-controlled Tindouf camps where three Western humanitarian workers, including two Spaniards, have been kidnapped in 2011. In a statement released recently, the Spanish Ministry of Foreign Affairs warned Spanish nationals of the risk of travel to the camps of Tindouf in southern Algeria. The risk of kidnapping by terrorist groups has become very high in this region, due to the “deterioration of the security situation in the Sahel, the development of events in Mali and the terrorist attacks perpetrated in In Amenas in Algeria,” the statement said. A similar warning was issued by the Italian Department of Foreign Affairs which recommended that Italian citizens avoid travelling to the Tindouf camps, Mali, Niger, Libya and Mauritania. In a statement posted on its website “travel safely”, the Foreign Department calls Italian citizens to “suspend all non-essential trips to the Saharawi camps” of Tindouf, southwest Algeria. The U.S. Department of State has also warned American citizens of the risks of travel to Algeria, pointing out that “the.majority of terrorist attacks, including bombings, false roadblocks, kidnappings, and ambushes occur in areas of the country east and south of Algiers.” Following the issuing of these warnings, the Polisario security services were ordered to evacuate from the camps all foreign aid workers who do not work in crucial areas such as medicare, reported the Spanish news agency”EFE”. According to “EFE”, the Polisario made the “preventive” decision to avoid a kidnapping similar to the one that took place last week in In Amenas.

Two Spanish nationals, Enric Gonyalons and Ainhoa Fernandez Rincón, and an Italian national, Rossella Urru, who worked in the Tindouf camps as humanitarian aids, were kidnapped on October 23, 2011 in Hassi Rabouni not far from the Polisario headquarters by AQIM-affiliated terrorist groups, with the complicity of Sahrawi leaders. The three hostages were not released until July 18, 2012 in northern Mali, after the payment to the kidnappers of a ransom of nearly 15 million Euros and the release of Islamists who were detained in Mauritania. The Western warnings against insecurity in this area contribute to tarnish further the image of the Polisario and of the host country, Algeria, whose military authorities repeatedly proclaim that the security situation in their country and in the Sahel was under control.