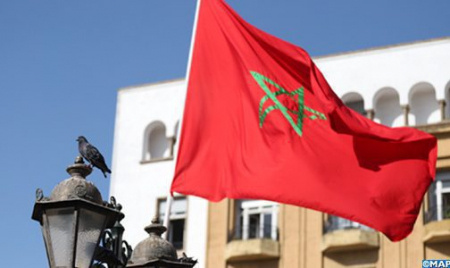 The Malagasy Minister of Foreign Affairs, Patrick Rajoelina, reiterated, on Tuesday in Paris, his country’s support for Morocco’s sovereignty over its Sahara. “The position of Madagascar is unchanged. It is a position of full support for HM King Mohammed VI, within the framework of Morocco’s territorial claim over the Sahara”, said the top Malagasy diplomat in a statement to MAP, on the occasion of the audience granted by President Andry Rajoelina, to a delegation of the Moroccan Employers’ Body (CGEM), led by its president Chakib Alj, on the sidelines of the first Meeting of Francophone Entrepreneurs organized by Medef, the French employers’ body. “Personally, I have been to Laâyoune several times and I know this region well, which is part of the Moroccan national territory,” he said. He also expressed his country’s wish to strengthen bilateral relations with the Kingdom of Morocco as part of the extension of this fraternal friendship which began in the 1950s with the unfortunate exile of the late HM Mohammed V”. He also said he was “confident” that the projects and fields of cooperation identified during the meeting with the CGEM delegation “will be achieved”.