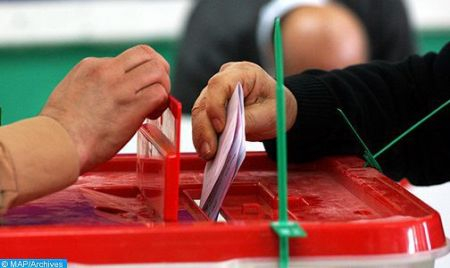 The reform of the tax system, the promotion of the health sector and the improvement of education are the main features of the electoral program of the Shura and Istiqlal party, during the elections of September 8, said its secretary general, Ahmed Belghazi. In an interview with MAP, Belghazi explained that the main outlines of the program of his party “aim to resolve in depth the problems facing the country,” particularly those related to “structural imbalances of the national economy” and which must be addressed, through raising the economic growth rates. On the tax front, the Shura and Istiqlal Party believes that it is time to broaden the tax base to certain sectors that have benefited for many years from the exemption of taxes on profits, in violation of the principle of equality before the law, thus depriving the state treasury of important sources of revenue. The party proposes to strengthen the health system to make it compatible with World Health Organization standards, while working to equip health services and improve hospital capacity. The party also plans to adopt a health outreach policy to build well-equipped hospitals and clinics in areas far from medical centers. It also aims to increase the number of medical and nursing staff to make up for the current shortage, to build medical schools in regions that do not have them and to involve regional and communal councils more in health policy. As for education, the party’s program is based on the fight against school dropout and the implementation of the principle of free and compulsory education, as well as the adoption of an educational policy of proximity and the improvement of working conditions in education, while giving special attention to teachers in rural areas. The party also aspires to increase the budget for scientific research, support the necessary logistic infrastructure and reduce the brain drain. Regarding the advanced regionalization, the party believes that it is necessary to accompany the regions in order to have a vision and independent decisions on fiscal policy, in harmony with the economic activity and social conditions of each region. On another level, Belghazi stressed that the Party of Shura and Istiqlal aspires to strengthen the role of young people in political life and in the management of their country’s affairs at the local and national levels, and also aims to work to solve the problem of unemployment from which society suffers and save young graduates of universities and higher institutes of this plague.