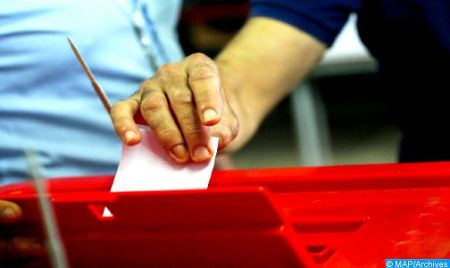 The Shura and Istiqlal party considers that the fight against the economic, social and political repercussions of the Covid-19 pandemic on the overall situation of the Kingdom is one of the most important challenges of the September 8 elections, said its secretary general, Ahmed Belghazi. In an interview with MAP, Belghazi explained that the particularity of the upcoming elections, from the point of view of the party, is mainly to “address the negative impacts that dominate the general situation of the country, both economically, socially and politically, as well as the palpable suffering of citizens due to the repercussions of the Covid-19 pandemic”. On the economic front, he reported an increase in the budget deficit and public debt, adding that the country “lives at the pace of economic stagnation”. Belghazi also mentioned a regression in many sectors, including industry, production, services and agriculture, in addition to the increasing pressure on the health system, whose “fragility” has been revealed in the wake of the pandemic. The pandemic is not the only reason for the deterioration of this vital sector, “because the problem lies mainly in the pre-pandemic management by the government,” he said, noting that without the proactive royal initiatives, “the current situation would have been worse”. This difficult economic situation is the main highlight of the upcoming elections, which will also take place against the backdrop of a social situation characterized by high unemployment, he noted, adding that this situation is “the result of the management of government parties represented in Parliament, which must assume their responsibility and accountability to citizens through the ballot box”. Belghazi said that among the challenges of the next stage, is the bet of the implementation of the new development model, emphasizing, in this regard, the need to federate young people, who have the necessary skills, at the level of regional and communal councils for the achievement of this ambitious development model.