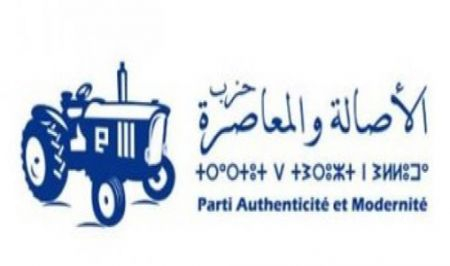 The regional lists of the Authenticity and Modernity Party (PAM) in view of the September 8 elections include competent female figures with proven intellectual abilities, said the secretary general of this political formation, Abdellatif Ouahbi. In an interview with MAP on the occasion of the launch of the election campaign, Ouahbi said that “we made sure, as far as possible, that the representation of women at the level of all regional lists is ensured by activists known for their skills and intellectual abilities”. “Our lists also include doctors, university professors, lawyers, architects, high school teachers, among others, in that we have tried to bring in new figures, young people in particular, who will certainly play a role.” Regarding the list of the local constituency, Ouahbi noted that PAM “wants to elect five women to parliament through this constituency”. PAM “seeks the first place,” he said, adding that “we will see how to interact with the results or with the coalitions to come”. He also assured that all coalitions and discussions are “possible”, PAM “is open to all (…). We have disagreements with some formations on some issues but they remain partial and situational and not strategic or decisive”. “We will respect the results of the polls and then open a dialogue to decide on the alliance to join, whether in or out of government. We will take the decision that we think is right, a decision of the national council and not the political bureau,” he said. Regarding the preparations of the party, PAM SG said that his party has mobilized all the logistical means and all the human and intellectual resources necessary as well as it has set up committees at several levels. In addition, he stressed the need, as part of the election campaign, to acclimatize to the pandemic context and the legal and health measures taken, which must be respected to protect citizens and party activists. The meetings will be very restricted, not exceeding 20 or 30 people and travel will also be very limited, he said, adding that medical examinations will be conducted for those contributing to the election operation to avoid cases of contamination. Regarding the electoral platform of the party, said Ouahbi, it includes 9 commitments in the areas of economy, health, education, social and sports, among others, emphasizing the “cardinal” reform that should affect the health sector, education and job creation.