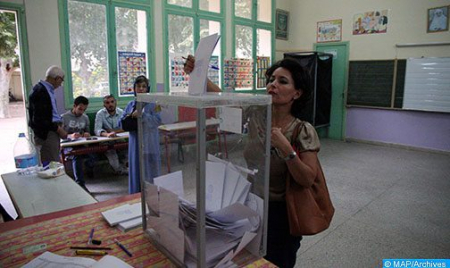 The program of the Renaissance and Virtue Party (PRV) advocates the start of a new era of development and a real democratic transition capable of making Morocco a model of the Rule of law and institutions. The achievement of this objective is dependent on a perfect materialization of the provisions contained in the Constitution, a real separation of powers, a strong government as well as the implementation of the project of extensive regionalization for a plural Morocco, according to the PRV program. The party also insists on the promotion of dialogue and transparency, the fight against all forms of authoritarianism and discrimination, good governance and the emergence of new political elites called upon to bring the new development model to fruition.  The program also pleads for real social justice, the promotion of the middle class, the rule of law, the fight against precariousness and unemployment, the reduction of social and territorial disparities, the fight against corruption and the implementation of accountability mechanisms. With regard to education in particular, the program promotes free, quality and equal opportunities education, which are the real bases of progress, emphasizing the role of youth in the development of the country.