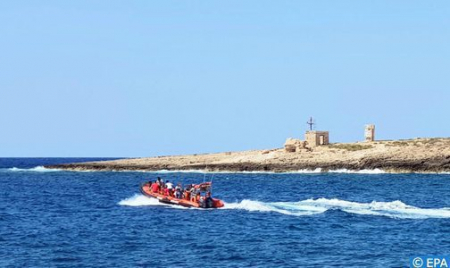 The local authorities and the security services of Laâyoune have conducted, over the last two days, a rescue operation of candidates for illegal emigration from sub-Saharan Africa, and foiled an immigration attempt. The first rescue operation involved around 40 would-be illegal immigrants, including a woman, who were on board an inflatable boat adrift between Tarfaya and Laayoune, local authorities said. These people were rescued, on Saturday, by a fishing vessel that docked at the port of Tarfaya. All of these would-be illegal immigrants arrived at the port safe and sound. On Friday, the various security services also thwarted another attempt of illegal emigration at the beach of Daoura commune (Tarfaya province) involving 28 Sub-Saharan nationals who were preparing to set sail for the Canary Islands aboard an inflatable boat. The security services have intensified, in recent weeks, the operations to control illegal migration attempts in the Laâyoune-Sakia El Hamra region, which led to the arrest of several candidates.