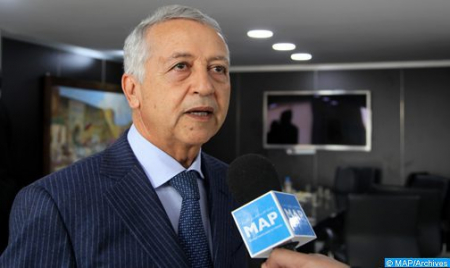 The secretary general of the Constitutional Union, Mohamed Sajid, has underlined that the party’s priorities, during the next elections, are health, education, employment and social protection. He stressed, in an interview with MAP, M24 and Rim Radio, that this involves additional sources of funding so that these sectors become real priorities. Among these additional sources, he mentioned the transfer of some investments dedicated to certain infrastructures in these vital sectors, without neglecting basic infrastructures, through the re-establishment of partnerships between the public and private sectors or direct recourse to the financial market. In this regard, Sajid said that political parties are called upon to draw up their electoral programs on the basis of the principles of the new development model, the debate of which, which was unanimous, was marked by the participation of several stakeholders, authorities, political parties, professional organizations, trade unions and civil society. The implementation of this model based on the development of the human element, namely education, health and employment, requires, according to him, a coherent government attached to these principles with a view to achieving the development sought. Sajid noted that the legislative, municipal and regional elections of September 8 do not only constitute a decisive step for the achievement of a political alternation, but also for what Morocco is experiencing, in general, during the past two years, following this exceptional situation, marked by the COVID-19 pandemic and its social and economic repercussions, especially as the Kingdom will begin a new stage for the development of the country. Over the past 20 years, Morocco has experienced a qualitative leap in development, through the implementation of large-scale projects in various sectors and in the different regions of the Kingdom. The country is currently called upon to start the new development model to move from this important stage of development to a stage of renewed development, with other priorities, said the Secretary General of the Constitutional Union. Regarding political alliances, he said his party does not consider making alliances before the elections but well after, expressing the wish that these alliances will be homogeneous and that the points of view of the next majority will be close and not contradictory as in the past, by focusing on the principles of openness and liberalism which can help to constitute a pole to participate in the next government.