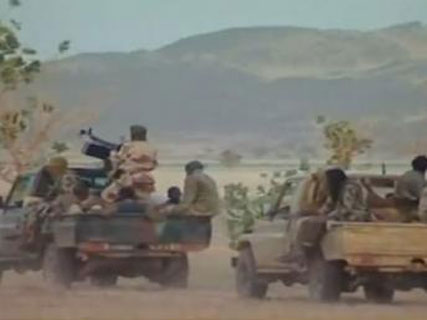 The French air strike that killed Abu Zeid, one of AQIM’s leading commanders, also killed some forty other jihadists and led to the arrest of seven fighters, including an Algerian national, a Mauritanian national and a member of the Polisario, reported Le Figaro daily. It is a Tuareg who survived the French raid launched on February 23 on the mountainous Tigharghar region who described what happened during the attack. Sedene Ag Hita, who was fighting in the ranks of Al Qaeda in the Islamic Maghreb (AQIM), has miraculously escaped death during the deadly raid. In addition to the death of the most feared jihadist emir, Abu Zeid, who was behind many kidnappings, the air strike decimated a whole group of Islamist militants, said Sedene Ag Hita. Entrenched in the mountains of northern Mali, the jihadists have lost more than 43 men of various nationalities, while other armed elements were severely burned.

Fighters of the National Movement for the Liberation of Azawad (MNLA) who were backing up the French army, for their part, took seven individuals as prisoners. French daily Le Figaro said the prisoners were in the hands of the French troops. These prisoners include four fighters from the region, in addition to an Algerian, a Mauritanian and a member of the Polisario Front which is fighting, with Algeria’s support, for the independence of the Western Sahara. Even if the French army has not confirmed the death of Abu Zeid, a French intelligence source said the Emir was actually killed in the raid on February 23. The French air strike was backed up by U.S. drones before French troops, supported by Tuareg fighters, intervened on the ground.