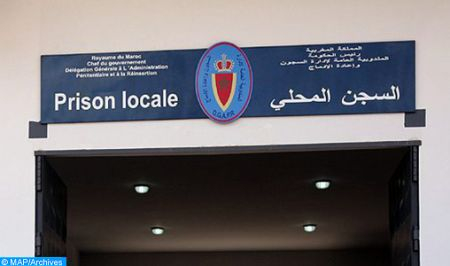 The administration of the local prison of Tiflet 2 denied, Tuesday, the allegations attributed to the mother of the detainee N.L and published on some websites about aggression, insults, defamation, deprivation of care and malnutrition that would have suffered the detainee. In a clarification, the local prison administration assures that the inmate has all the rights guaranteed by law and has not suffered any violence or mistreatment, noting that he has, however, assaulted a fellow inmate with his fists on the night of August 29. The institution has taken the necessary precautionary measures, pending the presentation of the inmate before the disciplinary commission as provided by law. Contrary to false allegations published, the meals served to inmates are prepared by a specialized company according to a diversified diet that meets the necessary standards of quantity and quality, explains the same source. The administration of the institution facilitates the access of inmates to their groceries and money sent to them by money order by their families, as well as allowing them to make purchases in the commissary of the institution at the recommended public price, the source adds. It says that the dissemination of these false allegations “aims to put pressure on the administration of the institution to remit the disciplinary decision that will be taken against the prisoner, who is a repeat offender.”