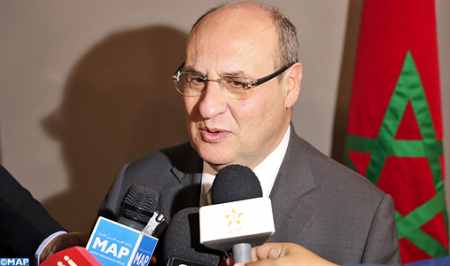 Morocco is a leading country in the implementation of the Global Compact for Safe, Orderly and Regular Migration, said the Director General of the International Organization for Migration (IOM), Antonio Vitorino. “It is undeniable that Morocco is and remains a leading country in the implementation of the Global Compact, starting with the launch of the Pact in 2018 during the Marrakech Conference”, Vitorino pointed out in an interview with MAP, on the sidelines of the 1st African Regional Review Conference on the implementation of the Global Compact for Safe, Orderly and Regular Migration. It was also in Marrakech, he recalled, that the concept of the global partnership for skills mobility was launched with the International Labor Organization, IOM, UNESCO, the International Trade Union Confederation and the International Organization of Employers (IOE). This is a key concept for the mobility of labor and skills on and from the continent, noted the director general of the UN agency. Vitorino also highlighted Morocco’s leadership on the migration issue at the regional and continental level, noting that the Kingdom was the first country in North Africa to adopt a policy of regularization and integration of migrants and refugees from sub-Saharan Africa and it is a very strong partner for its neighbors to the south in terms of development. He recalled, in this regard, that during the 28th Summit of the African Union, His Majesty King Mohammed VI was appointed leader on migration issues. Since 2018, Morocco has also supported and participated in the work on the governance of labor migration, he said, stressing that the Kingdom was selected as one of the 5 Member States to participate in the last strategic framework of the Joint Program on Migration, implemented by the African Union Commission, ILO and IOM. The IOM Chief also welcomed the significant participation of more than 700 representatives of governments, civil society and stakeholders from across the continent, in the first African Regional Review Conference on the implementation of the Global Compact for Safe, Orderly and Regular Migration. Noting that migration, whether at the national, regional or continental level, has become an increasingly complex phenomenon, he said that the African continent recognizes the paramount importance of human mobility for its development and has taken a series of measures and initiatives to accelerate the implementation of the Global Compact so far. It is certain that despite significant progress in the implementation of the Compact on the continent, the pandemic threatens this momentum and can have devastating consequences for the fundamental rights of migrants, he warned, noting however that the pandemic has led some African states to take measures in favor of migrants and grant them access to basic services, including health services. With regard to the means capable of promoting the sharing of good practices and data which could contribute to renewing the necessary approach between the countries, Mr. Vitorino particularly welcomed the creation of the Pan-African Institute for Statistics (STATAFRIC) and the African Migration Observatory (based in Morocco) which mark the commitment of the African Union to strengthening the capacities of its member states in the production and harmonization of statistics in Africa and sharing of data and best practices. He also stressed that “the strengthening of coordination and collaboration at the regional and continental level on migration is fundamental and that an approach mobilizing all public authorities is urgent”.