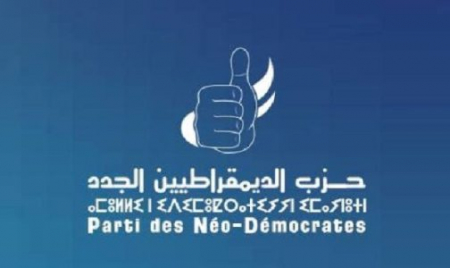 The secretary general of the New Democrats party, Mohamed Darif, has said that his political party is seeking, through its participation in the next elections, to secure representativeness at the local, provincial, regional and national levels. In an interview with MAP, on the occasion of the start of the electoral campaign, Darif stressed that these elections constitute an opportunity for the organizational building of the party, adding that political parties are called upon to reconsider the partisan action which can achieve its objectives on the condition that these parties accomplish their missions provided for by the Constitution. “We do not see the elections as just a simple opportunity to win seats and votes, which remain of course our goal, but rather as an opportunity to consolidate the structures of the party locally, provincially, regionally and nationally”, said Darif, adding that the large number of the party’s candidates will inject new momentum into the New Democrats, especially with regards to young people and women. The political leader also commented the party’s electoral platform which, according to him, is based on three axes, namely the production of wealth, the satisfaction of the needs of citizens and the preservation of Moroccan identity. Regarding the election situation marked by the spread of the COVID-19 pandemic, Darif pointed out that his party believed, even before this pandemic, in digital democracy. “We have bet on communication and interaction via social networks and that is why all of our coordinations have pages on these networks and work efficiently in this regard,” he pointed out. “In these times of pandemic, we rely on communication with public opinion via social networks,” he said. As for the party’s place on the national political landscape, nearly seven years after its creation, he underlined the positive results at the organizational level, noting that the party is present in all regions and provinces of Morocco. “Our vision is clear and public opinion finds out about us through our literature posted on social media. In this regard, we have published a reference document on the party and its orientations. From now on, our challenge is to be represented and as the party of the future, we will have our say in the coming days,” he concluded.