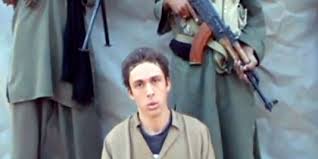 There is no longer any doubt that Polisario elements are active in al Qaeda franchise associated groups in Northern Mali. However what makes things worse is the persistent reports of the participation of Sahrawis from the Tindouf camps in the kidnappings of Westerners in the Sahel strip.
Spanish newspaper “El Pais”, which usually and clearly sides with the separatist movement’s theses, commented in its Monday release that the frustration prevailing in the Tindouf camps (south-western Algeria) drove a number of Sahrawis to join the ranks of the terrorist organization Al-Qaeda in the Islamic Maghreb (AQIM).
“Following the example of many young Algerians, a group of Sahrawis, frustrated by the lack of any perspective, has joined the ranks of the Al-Qaeda branch in the Maghreb,” the widely circulated Spanish newspaper wrote.

The author of the story entitled “The UN reactivates mission in the Sahara amid fears of spread of terrorism in the Sahel” confirms the reports of Sahrawis’ participation in terrorist acts, stating that released hostages who had been kidnapped by fighters of terrorist groups in the Sahel told him that Polisario elements were among the kidnappers.
According to the journalist, three former hostages of AQIM, namely the French, Françoise Lerribe, and the Austrian couple, Wolfgang Ebner and Andrea Kloiber, have confirmed in interviews that “Sahrawis as well as their Algerian mentors were among the kidnappers.”
“El Pais” recalled the remarks of the UN mediator Christopher Ross who said during his current North African tour that the situation in the Sahel region “makes it more urgent than ever” to find a solution to the Western Sahara conflict.
After he visited Rabat and Laayoune and Dakhla in southern Morocco, Ross started on Monday a three-day visit to the Tindouf camps in south western Algeria for talks with Polisario leaders and members of the civil society.