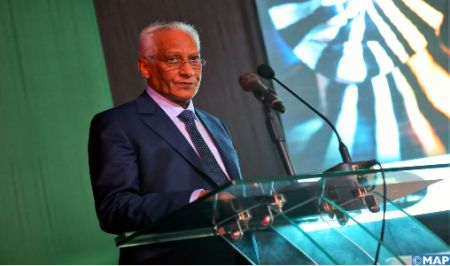 The General Delegate for Prison Administration and Reintegration, Mohamed Salah Tamek, highlighted, during his appearance on a US talk show, the multidimensional approach of Morocco in the prevention and fight against extremism. Thanks to the leadership of HM King Mohammed VI, Commander of the Faithful, Morocco has made significant efforts on various fronts to counter the threat of terrorism and radicalism, Tamek said on the “Joe Pags Talk Show”. The policy of the Kingdom in terms of management of religious affairs is based, he explained, on the fact that HM King Mohammed VI, both the Head of State and Commander of the Faithful, ensures the preservation of religious constant values and the protection of the exercise of worship. The General Delegate for Prison Administration and Reintegration recalled in this regard that the religious reference of Morocco is based on moderation, openness, and tolerance, while noting in particular the importance of the organization of the issuance of fatwas, the powers of the Supreme Council of Ulema, religious education and the efforts of Morocco in the training and supervision of imams to protect the Kingdom against violent extremism and ostracism. Referring to the de-radicalization programs implemented in the prison environment to counter the obscurantist ideology, Tamek said that “60% of Salafist prisoners released from prison do not reoffend”. He also highlighted the efforts made to provide both educational and socio-economic support to prisoners to enable them to better reintegrate. Asked about the case of an ex-convict for terrorist acts, exiled in Germany, Tamek expressed his surprise at the attitude of this country on this matter, noting that this individual incites violence against the institutions of the Kingdom. Germany’s position on this issue reflects a hostile global strategy, said Tamek. This interview with the US media was also an opportunity for the Moroccan official to praise the recognition by the United States of the full sovereignty of Morocco over its Sahara, noting that as a Sahrawi, he highly commends this historic decision.