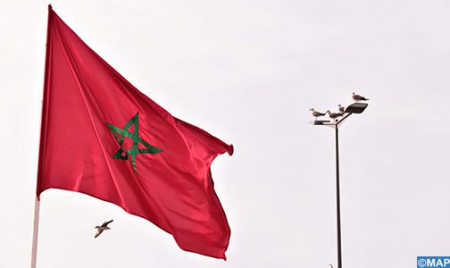 Algeria’s decision to sever ties with Morocco comes as a response to the diplomatic successes achieved by the Kingdom in recent months, the political analyst Samir Bennis wrote in an article published by the Washington Institute, an American think thank. “For Moroccans, this event is the latest in a long history of Algerian officials attacking Morocco as a means of diverting criticism and boosting nationalism,” Bennis said in his analysis, under the title “Algeria-Morocco Relations: For Moroccans, it’s déjà vu.” “As such, both the severing of ties and the unsubstantiated allegations of a Moroccan +plot+ to undermine Algeria came as no surprise”, he added. For the expert, the unfounded accusations made by the Algerian regime against Morocco about the wildfires in the Tizi Ouzou region is a subsequent decision to cut ties with Morocco. “Algeria’s decision to sever ties with Morocco and accuse the country of masterminding a conspiracy against Algerian interests is but a culmination of a process that has been brewing for nine months,” he stressed. The days that followed the King’s speech saw an abundance of news reports and editorials that accused Morocco of orchestrating much of what has gone wrong in Algeria in the past months—from the wildfires to the growing visibility of organizations within Algeria that pose anti-government sentiments, he pointed out. According to the expert, “what is likely actually at issue here is Morocco’s recent advances and diplomatic breakthroughs, combined with the existential threat the Algerian regime faces from ongoing popular challenges to its grip on power.” He added that the Algerian establishment appears to have run out of strategic moves to counter Morocco’s growing diplomatic outreach, and is instead resorting to diversionary tactics centered on deviating the attention of the Algerian public opinion to mobilize against a common foreign “enemy.” “This view is bolstered by two recent Moroccan diplomatic successes. American recognition of the Moroccanness of the Sahara likely deeply frustrated Algeria. Moreover, this recognition came a little less than a month after the events of Guerguerat on November 13, 2020,” he recalled. “In less than a month, Algeria suffered two major diplomatic setbacks that have considerably tilted the regional balance of power, especially as far as the Sahara conflict is concerned, in Morocco’s favor,” he wrote. “Algeria may even have made the decision to sever ties when it became clear that the Biden administration would not rescind his predecessor’s decision on the conflict,” he noted.