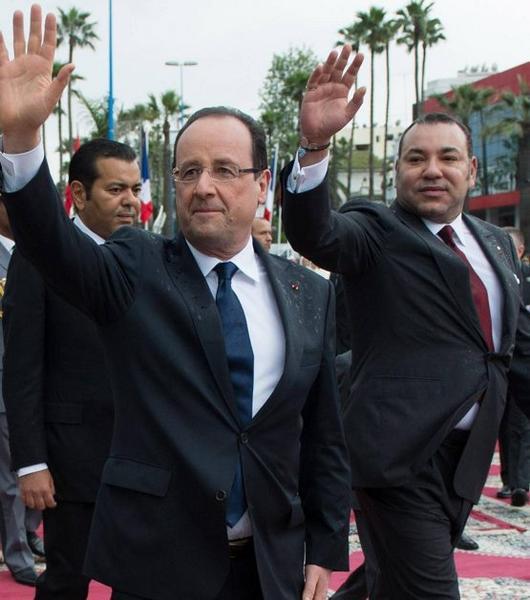 On the eve of the two-day state visit the President of France was to pay to Morocco, the French Foreign Minister, Laurent Fabius, called for full respect for human rights in the Polisario-controlled Tindouf camps.
Responding on Tuesday to a written question from socialist MP Catherine Troallic, known for being a pro-Algeria advocate, Laurent Fabius hailed the progress made by Morocco in Human Rights matters in its southern provinces while he urged the Algeria-backed Polisario leaders to respect these very rights in the Tindouf camps.
To the allegations put forward by Mrs Troallic, who endorsed the accusations of the pro-Polisario Robert Kennedy Foundation on so-called violations of human rights in the Moroccan Sahara, the French Foreign Minister pointed out that contrary to these claims, Morocco has made great strides in this area.
He recalled in this respect that Morocco had adopted a new Constitution in July 2011, set up an independent National Council for Human Rights, including two regional commissions in the Sahara, and opened its doors to the Special Rapporteurs of the UN Human Rights Council who were able to conduct their investigations in the disputed Western Sahara provinces without any obstructions.
Fabius who expressed hope that Morocco would carry on its efforts seeking to upgrade the respect for human rights, wondered if similar measures were implemented by the Polisario in the Tindouf camps, located in the Algerian desert.

The French Foreign Minister who insisted that France wishes to see human rights fully respected in the territories given up by Algeria to the Polisario in Tindouf, deplored the continuing tensions between Morocco and Algeria. These tensions, both at the level of the two countries’ bilateral relationship and at the level of multilateral relations, hinder the building up of a united, stable and prosperous Maghreb, he said.
Laurent Fabius also reiterated the support of the whole French political spectrum, including President François Hollande, for the Moroccan autonomy plan that France “considers as a serious and credible basis for a negotiated solution” to the Western Sahara conflict.
This issue figures high on the agenda of talks the French President is to hold with King Mohammed VI, the head of government Abdelilah Benkirane and the Speakers of the two chambers of the Moroccan parliament.
France, a member of the “Group of Friends of Western Sahara” and a permanent member of the UN Security Council, deems that “priority should be given to the political process” and “supports the UN efforts in this vein,” he said. Only dialogue can help reach a” realistic, lasting, just, and mutually acceptable political solution” to the Western Sahara dispute, the French Foreign Minister said.