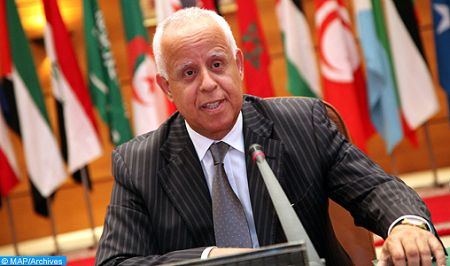 The rupture in diplomatic relations between Algeria and Morocco is a “leap into the unknown,” said Mohammed Loulichki, Senior Fellow at the Policy Center for the New South (PCNS), adding that the announcement, on August 24, by Algiers of this unilateral decision “is quite deliberate”. “The announcement of the decision to cut relations on August 24 is quite deliberate. It coincides to the day with the date of the terrorist attack of August 24, 1994 against the Asni Hotel in Marrakech, attributed by the Moroccan authorities to two Franco-Algerian nationals and which provoked the decision of the Algerian government to close the borders with Morocco, which continue to be so to this day,” said the former diplomat in an article published on the website of the PCNS. “All those who have followed the events of the last two years have anticipated this development in the tense relations between the two countries, as the warning signs were obvious and reflected a tendency to escalation that prepared the ground for a transition from a de facto break to a de jure rupture,” said the former Permanent Representative of the Kingdom to the UN, noting that “if Morocco has never considered such a decision even in the most difficult moments in relations between the two neighbors, Algeria gave the impression of moving towards this option, especially since the circulation among the delegations of the Non-Aligned of the Moroccan Note claiming the right to self-determination for Kabylia”. Loulichki, who has an extensive experience of 40 years in diplomacy and legal affairs, also noted that in response to the announcement of the rupture, the Moroccan authorities have limited themselves to take note of the decision, deploring it and rejecting its justifications, while affirming that Morocco “will remain a credible and loyal partner for the Algerian people and will continue to act, with wisdom and responsibility, for the development of healthy and fruitful inter-Maghreb relations”.