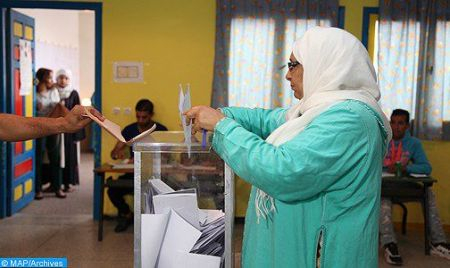 The electoral program of the National Rally of Independents (RNI) party gives pride of place to the social component with a focus on the triptych health-employment-education. “A government that protects you, ensures your dignity and responds to your priorities: health, employment, education #YouDeserveBetter,” is the slogan chosen by the party to communicate its program. Providing a major policy of social progress, the party draws up a comprehensive program that formulates in the immediate response to the health, economic and social crisis through 25 measures: “Our program includes very ambitious social initiatives that we will ensure to materialize on the ground,” said the president of the party, Aziz Akhannouch, at a meeting recently organized by the Foundation Lafquih Tetouani. The party’s program is based on several guiding principles, which notably deal with the institutionalization of social redistribution. “To achieve it, we will implement the royal large-scale project of the generalization of social protection and strengthen the responsibility and central role of the state in reducing poverty and social inequality,” according to a document of the party. Another principle is to “put human capital at the center of our development model. That is why we will make the creation of employment opportunities and the improvement of health and education provision priorities of our action,” emphasized the dove party. To materialize several measures of its commitments, the party promises, if it wins the next parliamentary majority, to pass, within six months of the elections, a law to fight social exclusion. Creating a dignity income for senior citizens, guaranteeing social security for all workers, extending health insurance for all, especially the inactive, providing lifelong support for people with disabilities, and paying family allowances for every child are among the party’s priority promises. The RNI sets out a comprehensive program that also includes the objectives of creating one million direct jobs to revive the economy after the Covid-19 crisis, encourage domestic production and support the competitiveness of “Made in Morocco”, back the rural world and bring 400,000 rural households to the middle class, and accelerate the energy transition.