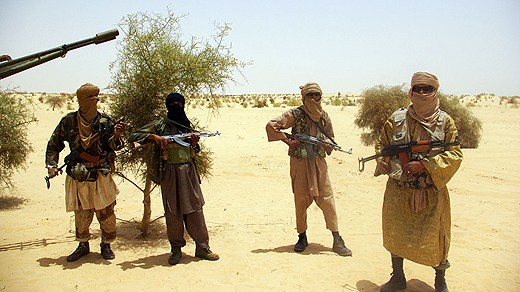 The United States and Europe should worry that the conflict over the Western Sahara is souring relations between Morocco and Algeria and preventing them from joining forces to work together against Islamist violence and extremism, says three western pundits in a newly released report. In the report entitled “United States’ U.N. Proposal and Policy on Western Sahara: A Dead-End?” the three experts recall that U.N. Secretary-General Ban Ki-moon has recently warned that the ongoing conflict in Mali threatens to spill over into the Western Sahara. Ban Ki-moon has also warned that there is a possibility of infiltration by foreign militant groups in this region, says the international expert team comprising Dustin Dehez (Global Governance Institute), Dr. Alex MacKenzie (University of Salford) and Dr. Daniel Novotny (Global Europe). The briefing paper was published by Global Europe, an independent, not-for-profit think tank seeking to stimulate independent thinking on European Union’s external affairs.

The authors of the document describe the U.S recent attempt to expand the MINURSO mandate to include human rights monitoring in Western Sahara and in the Tindouf camps as “surprising”. The proposal, if the U.S. had been successful in their effort to get the draft resolution through, would not have brought any tangible and long-term benefits to the United States, Morocco, and the Maghreb region in general. It would not have either helped unfreeze this protracted conflict or fostered its resolution. The expansion of the U.N. mandate to include monitoring and reporting mechanism concerning real or alleged human rights violations “in the context of the deep-rooted mistrust between Morocco on the one hand and Algeria and the Polisario Front on the other” would have “ultimately ran against the main underlying objective of the U.N. mission : design and implement confidence building measures, » say the pundits who argue that had the U.S. proposal found its way into the U.N. resolution, it is easy to envision an endless chain of mutual accusations of human rights abuses by both Morocco and the Polisario Front, backed by Algeria, a scenario that would hardly serve as a good example of an effective confidence-building strategy and that would push any possible peace prospect further off track.