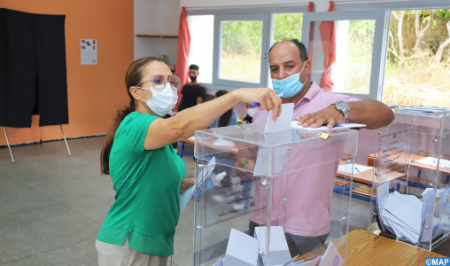 Morocco has succeeded in organizing legislative, municipal and regional elections in a difficult context marked by the COVID-19 pandemic, the South African Institute of International Affairs (SAIIA) said on Thursday. “The Kingdom has organized successful elections, since citizens voted, their rights were respected and no violence was recorded,” said Steven Gruzd, Head of Governance and Diplomacy in Africa at SAIIA. In a statement to MAP, he noted that the triple election held Wednesday in Morocco is of particular importance, adding that “the COVID-19 pandemic has made the organization of the elections difficult for any country”. He recalled in this regard that several national and international observers welcomed the conduct of the September 8 elections that were marked by “integrity” and “transparency” throughout the Kingdom. Welcoming, for his part, the entire electoral process in Morocco, he said that the electoral management bodies around the world must adapt to the new situation induced by the health crisis, because “not to organize elections can have worse consequences”. In the legislative election, the National Rally of Independents (RNI) came first (97 seats), followed by the Authenticity and Modernity Party (PAM – 82 seats) and the Istiqlal Party (PI -78 seats), according to provisional results announced by the minister of the Interior, Abdelouafi Laftit.