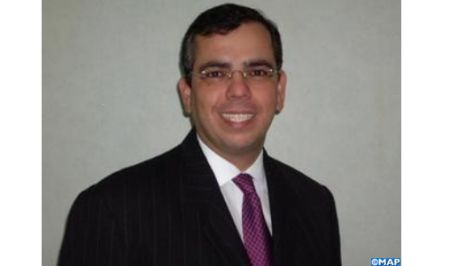 The new democratic practice in Morocco is a source of inspiration for the entire region, said the Brazilian expert in international relations Marcus Vinicius de Freitas. Commenting on the elections’ results, the Senior Fellow at the Policy Center for the New South (PCNS) think tank told MAP that while “due to certain social and political challenges, many countries might be or less prepared for democracy, Morocco has succeeded in consolidating its democratic model once again.” “Morocco inspires by the progress made in achieving its objectives and the consolidation of its institutions,” he stressed. “The democratic reinforcement of Morocco is an important step for all countries in the region. The Kingdom stands out as a model and an example for countries that seek stability and democracy,” he said. Speaking about the high voter turnout of the populations of Morocco’s southern provinces in the elections, De Freitas said that “the large participation in the electoral process, reinforces the legitimacy of the elections in general. “One of the greatest advances of modern society is a democracy, illustrated by popular participation and the prospect of a peaceful transition of power. Hence, the strong popular participation reflects people’s choices for their children and the future generation,” he pointed out. The Kingdom has achieved this result thanks to the work of HM King Mohammed VI, “a leader with a clear vision of Morocco’s future,” De Freitas highlighted. “His Majesty’s agenda is broad, transversal, visionary and important for the consolidation of Morocco’s regional and global leadership,” he concluded.