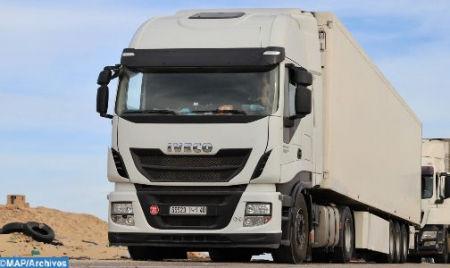 Two Moroccan truck drivers were killed and another one was wounded Saturday in Mali by armed men, the Moroccan embassy in Bamako has said, adding that a fourth driver survived the attack. The incident took place about 300 km from Bamako in Didiéni commune, as the Moroccan truck drivers were heading towards the Malian capital carrying goods, before they were attacked by a group of armed men hiding behind trees on the side of the road, the source pointed out. The injured driver was transferred to a local hospital to receive the necessary health care. According to witnesses, the attackers were hooded, wearing bulletproof vests and had wireless communication devices. After committing their crime, they left the scene without stealing anything from the victims. The Moroccan embassy in Bamako is in contact with authorities in both countries, and the victims’ relatives, in order to take the necessary measures, including the request for the Malian authorities to open an investigation. The two victims’ bodies were taken to Bamako, according to the same source.